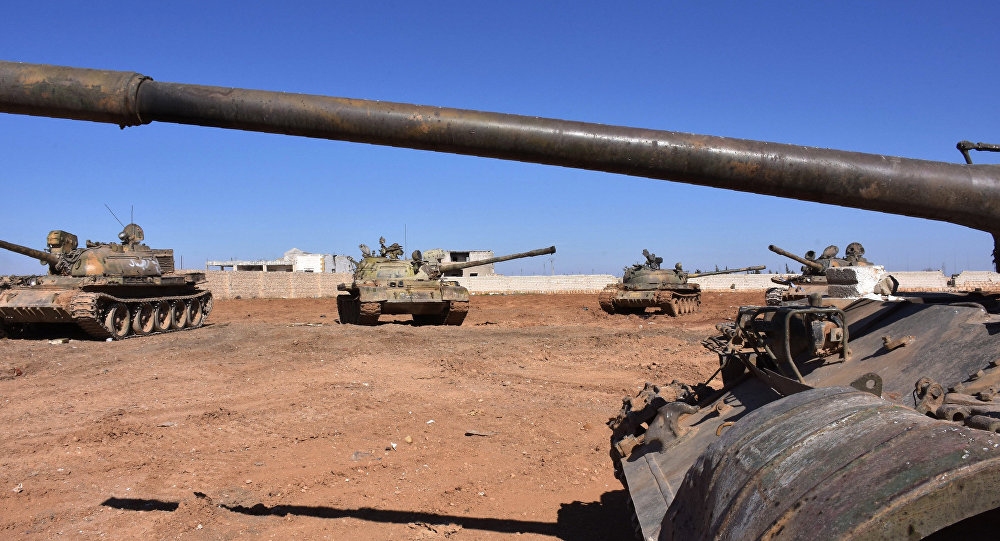 The Syrian army, which continues its advance on the northern city of al-Bab, approached Manbij, another city in northern Syria where the Syrian Democratic Forces have positions in a move designed to block Turkey’s offensive on Raqqa, unnamed sources told Sputnik Turkey.

In an interview with Sputnik Turkey, unnamed sources pointed to the Syrian army’s current efforts to prevent the Turkish forces advance on Raqqa, known as the so-called capital of the Daesh (ISIL/ISIS) terrorist group.

The Syrian army, which is advancing on the northern city of al-Bab, approached Manbij, another city in northern Syria where positions of the Syrian Democratic Forces (SDF) are located.

The SDF troops, for their part, are moving towards Raqqa as part of Operation Euphrates Wrath only to find that the al-Bab-Raqqa and the al-Bab-Tabqa roads have completely been blocked.

Speaking to Sputnik Turkey, one of the SDF representatives said that “the Syrian government forces took control of a large number of villages south of al-Bab.”

“This step was on the one hand taken to prevent the possible advance of Turkish troops on Raqqa, and on the other — to stop Free Syrian Army militants from attacking the city of Aleppo from al-Bab’s southern areas,” the representative said.

The source added that after the Syrian army liberated more than ten villages to the south of al-Bab from Daesh terrorists, the al-Bab-Raqqa road was blocked for Turkey.

The source also said that with the Syrian army advancing on Manbij, a road to Afrin Canton of the Aleppo Governorate has been opened.

“The Syrian army has approached the Manbij border from the south and the west. We see the opening of the Manbij-Afrin road controlled by the Syrian army as an important event, because it has in turn helped open the road linking Cantons of Afrin and Kobani,” he concluded.

Al-Bab is one of Daesh’s last remaining strongholds near the Turkish border.

Capturing the city is of strategic importance to Turkey in order to prevent the Syrian Kurds taking it and unifying their own territories.