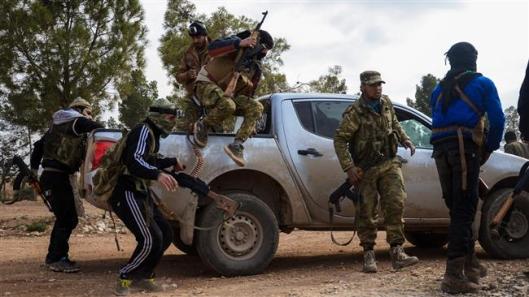 According to a report from the Daraa Governorate, the Free Syrian Army fighters stormed the Syrian Arab Army’s checkpoint inside the Daraa Al-Mahata District, inflicting a number of casualties within their ranks.

Tonight’s attack by the Free Syrian Army marks the first time this month that this rebel sleeper cell has targeted the Syrian Arab Army’s positions inside the Daraa Governorate.

Previously, the Syrian Arab Army had issued a stern warning to the Free Syrian Army last month about launching attacks on their forces.

The Syrian Republican Guard was redeployed to Daraa and then threatened to launch a new operation inside the reconciled towns to find the FSA fighters behind these attacks.