Picture taken on March 25 2019, shows a general view of the Israeli settlement of Merom Golan in the Israeli-annexed Golan Heights. ©  AFP / MENAHEM KAHANA
Israel’s Prime Minister Benjamin Netanyahu said he will name a settlement in the Golan Heights after Donald Trump, in a show of gratitude for the US president’s decision to recognise the region as Israeli territory.

“In honour of President Trump, who recognised Israel’s sovereignty over the Golan, [Israel] will soon call for a settlement in the Golan Heights in his name. Happy holiday!” a message posted from Netanyahu’s Twitter account said on Tuesday. 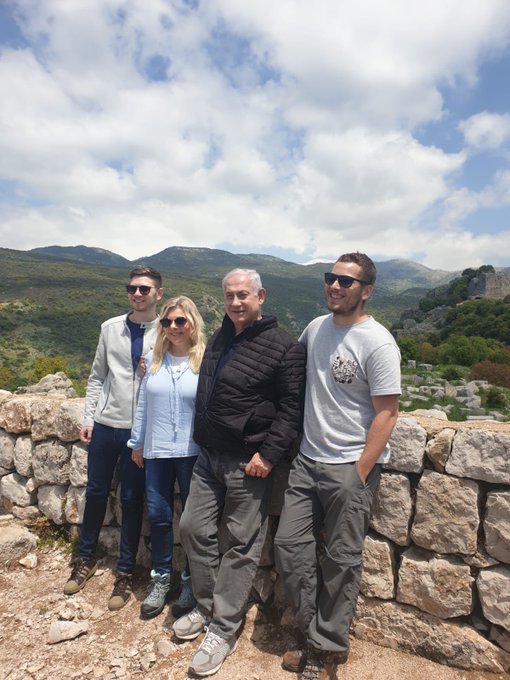 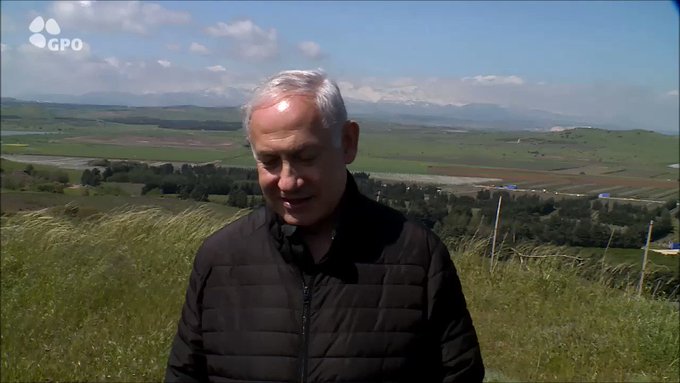 PM Netanyahu will present to the government a resolution calling for naming a new community in the Golan Heights after @POTUS Donald Trump, as a token of appreciation for his recognition of Israel’s eternal sovereignty over the Golan.

Trump announced he was recognising the Golan Heights as being part of Israel late last month, in the run up to Israel’s election in April.

Israel occupied the Syrian region in the 1967 Six Day War and later annexed it in 1981 in a move that was not recognised by the international community or the UN Security Council. About 40,000 people live in the Golan, half are Druze and Alawites, and half are Jewish settlers.

ALSO ON RT.COM‘Unlawful & unrecognised’: Twitter heaps criticism as US maps show Golan Heights as part of IsraelThe PM’s decision to name a settlement after Trump is just the latest gesture of admiration the Israeli leader has displayed for his US counterpart. Netanyahu’s Likud party shared posters of Trump and Netanyahu around Israel before the election, while Trump told American Jews that Netanyahu was “your prime minister” as he celebrated his recognition of the Golan as Israeli territory at the Republican Jewish Coalition convention earlier this month.

Trump has also recognised Jerusalem as Israel’s capital and moved the US embassy there, and pulled funding to Palestinian aid organisations.