With the Venezuela crisis making regime change once again the talk of the town in Washington, the US Special Operations Command has published a paper chronicling the highs and lows of seven decades of foreign interference.

The 250-page study, entitled “Support to Resistance: Strategic Purpose and Effectiveness,” was penned by Army Special Forces veteran Will Irwin, and published by the Joint Special Operations University, where Irwin is a resident senior fellow.

Few nations have universities dedicated to the art of the coup, but few nations have a history of foreign intervention quite like the US. Since the end of World War II, the United States has brought its military might to bear on dozens of countries and sponsored scores of insurgencies and regime change operations worldwide. Irwin was first faced with the task of whittling down the list to something manageable.

After discounting coups that involved no resistance movements – like those in Iran in 1953 and Guatemala in 1954 – as well as those that involved actions against non-state actors, the researcher was left with 47 cases. Recent US proxy wars, like those in Syria, Ukraine and Libya, were also discounted.

Sponsoring foreign resistance movements transcends partisan divisions. “Even presidents who, prior to their election, looked upon such activity with disfavour, found themselves compelled to use it after taking office,” Irwin wrote glowingly.

So everybody does it, but what makes a successful coup a successful coup? To the untrained observer, the US’s willingness to get into bed with shady ‘resistance’ fighters seems to be marked by a persistent inability to learn from the past.

Jimmy Carter and Ronald Reagan both armed the Afghan mujahedin in their fight against the Soviets in the 1980s, only for US forces would be shot at with the same weapons just two decades later. That experience didn’t deter Barack Obama from arming hand-selected ‘moderate rebels’ in Syria just five years ago. Shockingly, many of these weapons ended up in the hands of Al-Nusra and Islamic State (IS, formerly ISIS/ISIL) jihadists. 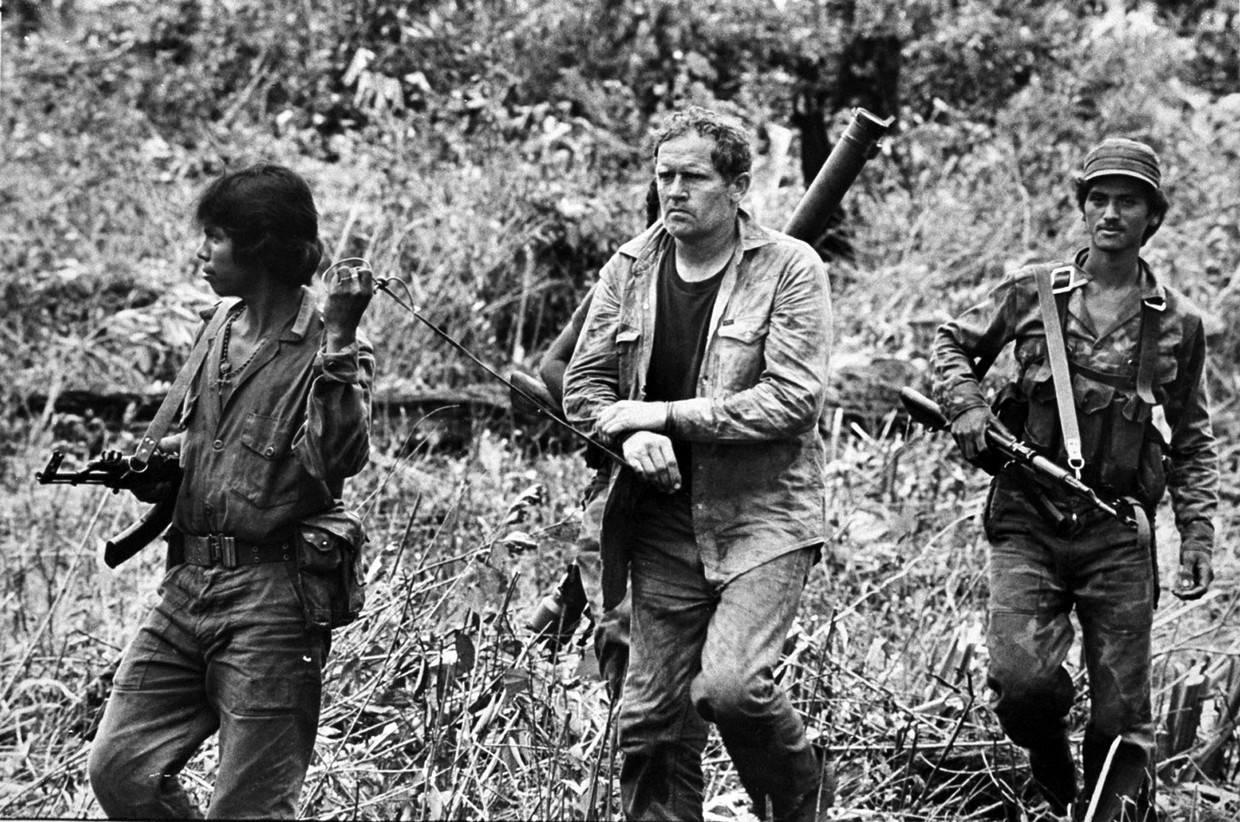 Irwin identifies mixed results. Of the 47 cases studied, 23 were deemed successful and another 20 failures. Two were marked as “partially successful,” and another two “inconclusive.” Attempts to outright overthrow governments failed 71 percent of the time, as was the case for the CIA’s ill-fated ‘Bay of Pigs’ invasion of Cuba.

Attempts to strong-arm foreign governments into toeing the line were more successful, working in three-quarters of instances – as was the case when the Carter and Reagan administrations sponsored Contra rebels in Nicaragua in the 1980s, as a means of coercing the country’s communist-leaning government into halting arms shipments to neighbouring El Salvador.

“Disruptive” actions – like the failed parachuting of anti-communist guerillas into Yugoslavia in 1948 to stir up resistance – failed just less than half the time. In 1948, the Chetnik guerillas literally fell into the hands of the Yugoslav authorities, who were waiting at the drop zone with weapons drawn.

No matter what the purpose of the action, Irwin found that operations carried out “under wartime conditions” were twice as successful as those carried out in peacetime. Support to nonviolent civil resistance was also more likely to succeed, but that too was “most effective when conducted in direct support of a military campaign,” rather than as a standalone operation. 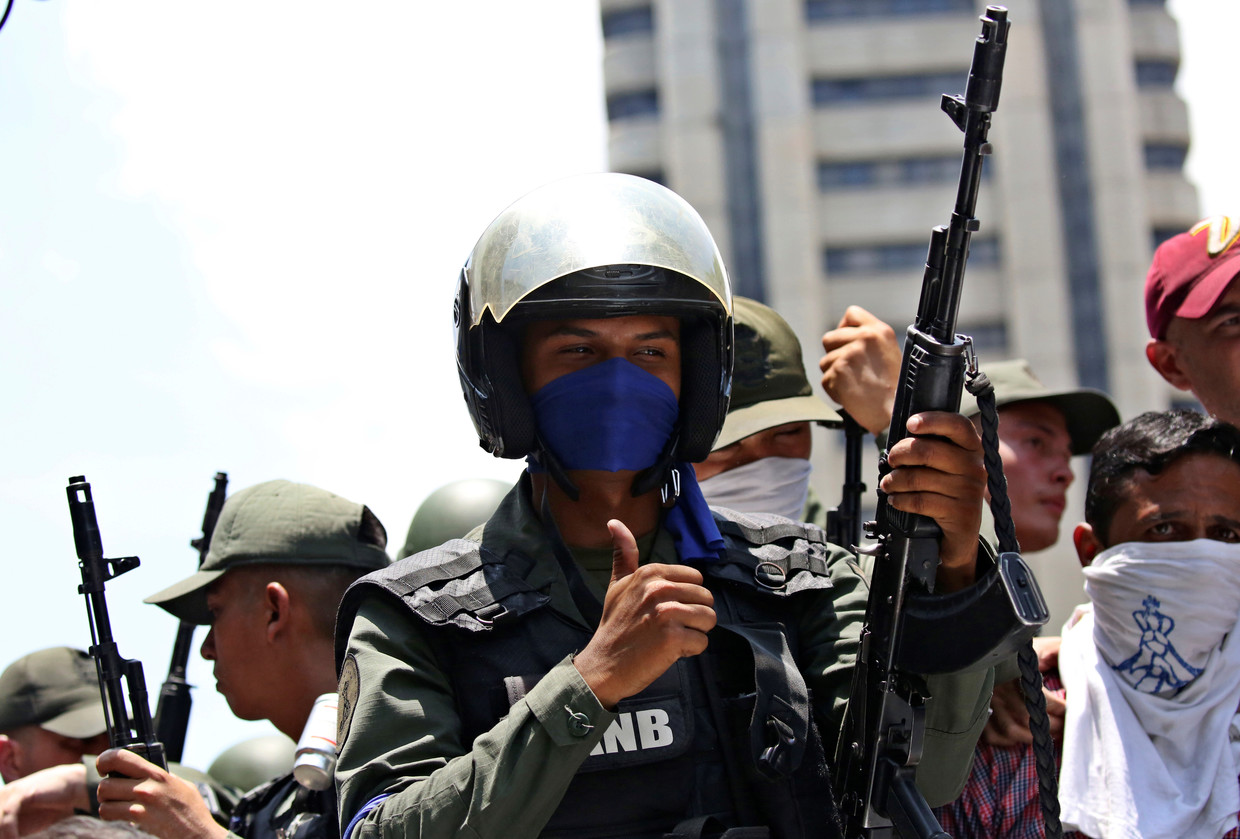 For Irwin, the success or failure of a foreign intervention was judged on one simple criterion: Did it achieve the strategic objectives the US set out to achieve? However, as shown in the Afghanistan example mentioned above, short-term victory can have long-term consequences. The defeat of the Soviets led to the rise of a US-armed and battle-tested mujahedin, many of whose members would later join Al-Qaeda and the Taliban.

Irwin admits this seemingly obvious contradiction, writing that intervention and regime change “most often addresses immediate issues and short-term rather than longer-term interests.”

Fast forwarding to the present day, what lessons can be learned from Irwin’s how-to manual? The United States is currently providing political support to opposition leader Juan Guaido in Venezuela. Under Irwin’s definitions, Washington is sponsoring (for the most part) non-violent resistance during peacetime, an approach more successful than outright guerilla warfare, but less effective than if it were carried out alongside a military attack.

ALSO ON RT.COMGuaido tells supporters he wants ‘direct relationship’ with PentagonNot that military action doesn’t have its supporters. State Secretary Mike Pompeo, National Security Advisor John Bolton, and President Donald Trump have all repeatedly uttered the phrase “all options are on the table” when it comes to dethroning Venezuelan president Nicolas Maduro.

With soft support for Guaido thus far failing to dislodge Maduro from power, and with Washington increasingly agitated at Moscow for its support for Maduro’s regime, there are plenty of opportunities for things to escalate in Venezuela.

However, the hawks in Washington would do well to remember the abiding lesson from ‘coup university’: Success is never guaranteed, and short-term victory comes with long-term consequences.