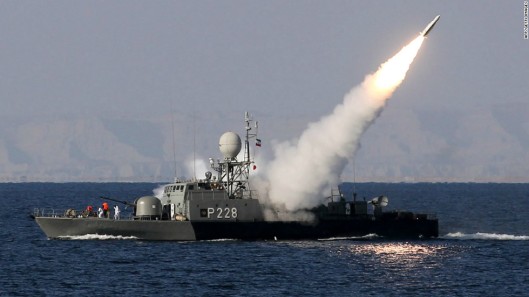 At this point Trump is fighting a war with everyone not named Israel and Saudi Arabia. Even allies are not to be spared Trump’s wrath for all of their slights against his beloved United States.

In the greatest television series of the 1990’s, Babylon 5, one of the main characters, Londo, a weak and venal man, makes a deal with the devil and unleashes his dying empire’s worst impulses, to restore it to its former glory.

At one point he realizes things have spiraled out of control. The deal he made is having consequences far beyond his original ambitions. So, he confronts one of his allies within the Royal Court telling him,

If that observation is true, then Donald Trump is the grandsire of that heir. At this point Trump is fighting a war with everyone not named Israel and Saudi Arabia. So, I’d call that waging war on at least thirty different fronts. Even allies are not to be spared Trump’s wrath for all of their slights against his beloved United States.

This is all in service of his vanity to be remembered as the greatest president in US history, who brought peace to the Middle East and Made America Great Again.

It’s too bad his actions will lead to war and ensure the destruction of his beloved country.

The US is a dying empire desperate to maintain its position as the unitary power in the world. Trump has hired men who, for different reasons, welcome a world-wide conflagration to bring about their vision of the next stage of US supremacy.

As Alistair Crooke pointed out recently, John Bolton and Mike Pompeo are prepping the ground for an attack on Iran. They both are disciples of Bernard Lewis and his plan of breaking up the Central Asian countries along ethnic lines which still dominates in D.C. The plan is simply to hit Iran across the head with as big a stick as possible and make them submit.

The overall stance that America should adopt to the region was presented in a nutshell to Dick Cheney: “I believe that one of the things you’ve got to do to Arabs is hit them between the eyes with a big stick. They respect power”. This Orientalist advice naturally applied ‘in spades’ to Iran and its ‘Ayatollahs’, Lewis held: “The question we should be asking is why do they neither fear nor respect us?”.

Well, now, inspired by his intellectual hero (Lewis), Pompeo, together with Richard Perle’s PNAC colleague, John Bolton, seem to be itching to try it, using the Lewis recipe of ‘hitting Iran between the eyes with a big (sanctions) stick’.

We have been here before.

And we will continue to be here until the men who believe this as foreign policy orthodoxy die off.

Mike Pompeo is pushing Trump towards the ultimate confrontation on Iran for religious reasons seeing this as the ultimate confrontation between good and evil. John Bolton is simply doing so for cynical, historical biases and the fact that he’s a Commie who doesn’t realize it. Crooke, rightly, asks the question of whether an amoral Trump whose own biases against Iran are deep-seated can be manipulated into a wider war to achieve these goals.

Trump may be angry with Bolton for getting him involved in a regime change operation in Venezuela, but that anger is limited. Trump’s only emotional connection to Venezuela is his vanity. If it worked, great. He’ll use that. But, since it didn’t in the most embarrassing way, he’s now ready to talk with Russian President Vladimir Putin to resolve it if that will win him re-election.

Iran is a different matter altogether. His presidency has been a revolving door of uber Iran hawks, from Generals James Mattis and H.R. McMaster to his current group of Iagos.

Too bad Pompeo snubbed Putin to put pressure on Europe to back his play with Iran after another provocation near the Strait of Hormuz over the weekend. More on that later.

Why do these guys even go through the motions of laying the groundwork in the media for these things? Do they really think they are convincing anyone else of how evil Iran is? Or does it even matter at this point?

The policy is set and because of Lewis’ influence on the entire foreign policy structure in Trump’s administration we are going to see just how much strength we are willing to project to get Iran to submit.

I’m sure Pompeo made that point very clearly to Putin in Sochi; that the US is prepared to do anything to protect its upcoming peace plan for Israel. These lunatics think they can threaten Russia with a wider war, read: potentially nuclear, and force Putin to abandon Iran to push the deal across the line.

Even Henry Kissinger thought this plan was stupid.

Their thinking being the only reason Iran is willing to stand up to the US is because it is backed by Russia and China. In the past they’ve dealt with men who lack Trump’s conviction. Remove Russia by threatening nuclear war, invoke a trade war Trump thinks he can win with China to attack their weak banking system and Trump will have secured a safer world for Israel.

That is the obvious strategic play here.

And I’m also sure Lavrov and Putin told Pompeo to go scratch and stay away from the buffet table.

It’s pretty clear that Bolton believes this is the best path to winning. To Prey on Putin’s higher sense of morality and exploit it by threatening the unthinkable. Remember, neocons like Bolton and Cheney see negotiation as weakness and that the world only makes sense if you can force it to.

I remind you that Iran, Russia and China have all been playing for time, using attrition to their advantage watching the US slowly reveal the extent of this depravity while making counter preparations.

And it’s also obvious that time has run out on that policy. Bolton convinced Trump not only to stay in Syria but also to tighten the screws as part of the Iran policy, starving the country of gasoline by continuing to control the oil fields in the southeast near Iraq.

Even more obvious are the provocations to back Iran into violating the JCPOA’s limits on storing enriched Uranium and heavy water through sanctions which amount to export bans while sending a carrier group to the Persian Gulf.

But the icing on the cake is the latest version of the Gulf of Tonkin incident with four oil tankers getting sabotaged over the weekend near the UAE port of Fujairah on the Arabian Sea. Elijah Magnier is reporting that Iran did indeed do this as a warning to all the Gulf states that if Trump goes to war, they will all suffer.

We have immediate denouncements from the Iranians blaming Israel’s Mossad and the US accusing the Iranians of doing it.

If that is the case, and I’m not sure I believe it, then Iran is calling Trump and Bolton’s bluff. They are prepared for a war with the US they don’t think the US electorate can stomach. And no one wants to actually see if Iran is capable of downing one of the US’s aircraft carriers.

Iran, apparently, stands ready to show the world just how thin the paper of Trump’s tiger truly is.

If Iran didn’t do this and it is a false flag, then Trump has already made his decision and war will happen at some point if he is unsuccessful in bringing Iran’s regime to its knees through sanctions.