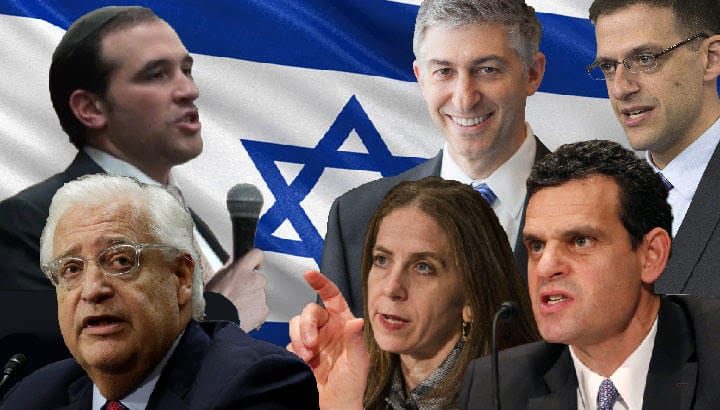 A Chairman of the Joint Chiefs of Staff once said: ‘If the American people understood what a grip Israel has on our government, they would rise up in arms. Our citizens certainly don’t have any idea what goes on’… An attack on a U.S. Navy ship… Top officials in a secretive office in the Treasury Department… A U.S. ambassador and his senior assistant… Wars for Israel… Where does it all end?

By Philip Giraldi, Council for the National Interest

Referring to Israel during an interview in August 1983, U.S. Navy Admiral and former head of the Joint Chiefs of Staff Thomas Moorer said “I’ve never seen a President — I don’t care who he is — stand up to them. It just boggles the mind. They always get what they want. The Israelis know what is going on all the time. I got to the point where I wasn’t writing anything down. If the American people understood what a grip these people have got on our government, they would rise up in arms. Our citizens certainly don’t have any idea what goes on.”

Moorer was speaking generally but he had something specific in mind, namely the June 8, 1967, Israeli attack on the American intelligence ship, U.S.S. Liberty, which killed 34 American crewmen and wounded 174 more. The ship was operating in international waters and was displaying a huge stars and stripes but Israeli warplanes, which had identified the vessel as American, even strafed the life rafts to kill those who were fleeing the sinking ship. It was the bloodiest attack on a U.S. Naval vessel ever outside of wartime and the crew deservedly received the most medals every awarded to a single ship based on one action. Yes, it is one hell of a story of courage under fire, but don’t hold your breath waiting for Hollywood to make a movie out of it.

President Lyndon B. Johnson had ordered the recall of U.S. carrier planes sent to aid the stricken vessel, saying that he would prefer the ship go to the bottom rather than embarrass his good friend Israel. Then came the cover-up from inside the U.S. government. A hastily convened and summarily executed board of inquiry headed by Admiral John McCain, father of the senator, deliberately interviewed only a handful of crewmen before determining that it was all an accident. The sailors who had survived the attack as well as crewmen from Navy ships that arrived eventually to provide assistance were held incommunicado in Malta before being threatened and sworn to secrecy. Since that time, repeated attempts to convene another genuine inquiry have been rebuffed by congress, the White House and the Pentagon [and the media]. Recently deceased Senator John McCain was particularly active in rejecting overtures from the Liberty survivors.

The Liberty story demonstrates how Israel’s ability to make the United States government act against its own interests has been around for a long time. Grant Smith of IRMEP, cites how Israeli spying carried out by AIPAC in Washington back in the mid-1980s resulted in a lopsided trade agreement that currently benefits Israel by more than $10 billion per year on the top of direct grants from the U.S. Treasury and billions in tax exempt “charitable” donations by American Jews.

If Admiral Moorer were still alive, I would have to tell him that the situation vis-à-vis Israeli power is much worse now than it was in 1983. He would be very interested in reading a remarkable bit of research recently completed by Smith demonstrating exactly how Israel and its friends work from inside the system to corrupt our political process and make the American government work in support of Jewish state interests. He describes in some detail how the Israel Lobby has been able to manipulate the law enforcement community to protect and promote Prime Minister Benjamin Netanyahu’s agenda.

A key component in the Israeli penetration of the U. S. government has been President George W. Bush’s 2004 signing off on the creation of the Office of Terrorism and Financial Intelligence (OTFI) within the Department of the Treasury. The group’s website proclaims that it is responsible for “safeguarding the financial system against illicit use and combating rogue nations, terrorist facilitators, weapons of mass destruction (WMD) proliferators, money launderers, drug kingpins, and other national security threats,” but it has from its founding been really all about safeguarding Israel’s perceived interests. Grant Smith notes however, how “the secretive office has a special blind spot for major terrorism generators, such as tax-exempt money laundering from the United States into illegal Israeli settlements and proliferation financing and weapons technology smuggling into Israel’s clandestine nuclear weapons complex.

Levey left OTFI in 2011 and was replaced by David Cohen. It was reported then and subsequently that counterterrorism positions at OTFI were all filled by individuals who were both Jewish and Zionist. Cohen continued the Levey tradition of resisting any transparency regarding what the office was up to. Smith reports how, on September 12, 2012, he refused to answer reporter questions “about Israel’s possession of nuclear weapons, and whether sanctioning Iran, a signatory to the Treaty on the Non-Proliferation of Nuclear Weapons, over its internationally-inspected civilian nuclear program was an example of endemic double standards at OTFI.

[Editor’s note: Cohen has been close to Israel advocate Alan Dershowitz and his family from high school. “He practically lived in my house,” Dershowitz says. Dershowitz got Cohen his first job – working for the prominent Washington attorney Nathan Lewin.]

Cohen was in turn succeeded in 2015 by Adam Szubin who was then replaced in 2017 by Sigal Pearl Mandelker, a former and possibly current Israeli citizen. All of the heads of OTFI have therefore been Jewish and Zionist. All work closely with the Israeli government, all travel to Israel frequently on “official business” and they all are in close liaison with the Jewish groups most often described as part of the Israel Lobby. And the result has been that many of the victims of OTFI have been generally enemies of Israel, as defined by Israel and America’s Jewish lobbyists. OTFI’s Specially Designated Nationals And Blocked Persons List (SDN), which includes sanctions and enforcement options , features many Middle Eastern Muslim and Christian names and companies but nothing in any way comparable relating to Israel and Israelis, many of whom are well known to law enforcement otherwise as weapons traffickers and money launderers . And once placed on the SDN there is no transparent way to be removed, even if the entry was clearly in error.

Here in the United States, action by OTFI has meant that Islamic charities have been shut down and individuals exercising their right to free speech through criticism of the Jewish state have been imprisoned. If the Israel Anti-Boycott Act succeeds in making its way through congress the OTFI model will presumably become the law of the land when it comes to curtailing free speech whenever Israel is involved.

The OTFI story is outrageous, but it is far from unique. There is a history of American Jews closely attached to Israel being promoted by powerful and cash rich domestic lobbies to act on behalf of the Jewish state. To be sure, Jews who are Zionists are vastly overrepresented in all government agencies that have anything at all to do with the Middle East and one can reasonably argue that the Republican and Democratic Parties are in the pockets of Jewish billionaires named Sheldon Adelson and Haim Saban.

Neoconservatives, most of whom are Jewish, infiltrated the Pentagon under the Reagan Administration and they and their heirs in government and media (Doug Feith, Paul Wolfowitz, Scooter Libby, Richard Perle, Bill Kristol) were major players in the catastrophic war with Iraq, which, one of the architects of that war, Philip Zelikow, described in 2004 as being all about Israel. The same people are now in the forefront of urging war with Iran. [More info on neocons pushing Iraq war is here]

American policy towards the Middle East is largely being managed by a small circle of Orthodox Jews working for presidential son-in-law Jared Kushner. One of them, David Friedman, is currently U.S. Ambassador to Israel. Friedman, a bankruptcy lawyer who has no diplomatic or foreign policy credentials, is a Zionist Jew who is also a supporter of the illegal settlements on the West Bank and a harsh critic of other Jews who in any way disagree with the Israeli government. He has contributed money to settlement construction, which would be illegal if OTFI were doing its job, and has consistently defended the settlers while condemning the Palestinians in speeches in Israel.

He endlessly and ignorantly repeats Israeli government talking points and has tried to change the wording of State Department communications, seeking to delete the word “occupied” when describing Israel’s control of the West Bank. His humanity does not extend beyond his Jewishness, defending the Israeli shooting thousands of unarmed Gazan protesters and the bombing of schools, hospitals and cultural centres. How he represents the United States and its citizens who are not dual nationals must be considered a mystery.

Friedman’s top adviser is Rabbi Aryeh Lightstone, who is described by the Embassy as an expert in “Jewish education and pro-Israel advocacy.” Once upon a time, in an apparently more enlightened mood, Lightstone described Donald Trump as posing “an existential danger both to the Republican Party and to the U.S.” and even accused him of pandering to Jewish audiences. Apparently when opportunity knocked he changed his mind about his new boss.

Pre-government in 2014, Lightstone founded and headed Shining City, a Jewish advocacy group supported by extreme right-wing money that opposed the Iran nuclear agreement and also worked to combat the nonviolent Boycott, Divestment and Sanctions (BDS) movement. He is reportedly still connected financially with anti BDS groups, which might be construed as a conflict of interest. As the Senior Adviser to Friedman he is paid in excess of $200,000 plus free housing, additional cash benefits to include a 25% cost of living allowance and a 10% hardship differential, medical insurance and eligibility for a pension.

Nothing for Americans, everything for Israel

So, what’s in it all for Joe and Jill American Citizens? Not much. And for Israel? Anything it wants, apparently. Sink a U.S. warship? Okay. Tap the U.S. Treasury? Sure, just wait a minute and we’ll draft some legislation that will give you even more money. Create a treasury department agency run exclusively by Jews that operates secretly to punish critics of the Jewish state? No brainer. Meanwhile a bunch of dudes at the Pentagon are dreaming of new wars for Israel, and the White House sends an ignorant ambassador and top aide overseas to represent the interests of the foreign government in the country where they are posted. Which just happens to be Israel. Will it ever end?

Philip M. Giraldi is Executive Director of the 501(c)3 tax deductible organization Council for the National Interest. He is a former CIA counter-terrorism specialist and military intelligence officer. Mr. Giraldi was awarded an MA and PhD from the University of London in European History and holds a Bachelor of Arts with Honors from the University of Chicago. He speaks Spanish, Italian, German, and Turkish. An earlier version of this article was posted on Unz Review.

1 thought on “Israel’s Fifth Column: Exercising control from inside the government”