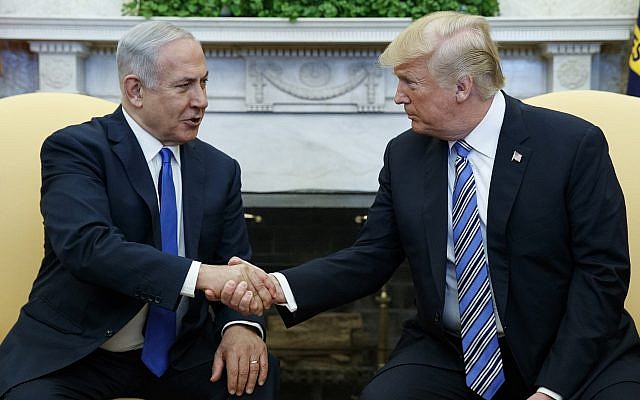 In a video clip aired Tuesday by Israeli television, Prime Minister Benjamin Netanyahu boasted that Israel was responsible for US President Donald Trump’s decision to quit the Iran nuclear deal.

In the video, which the Kan public broadcaster said was filmed two weeks ago, Netanyahu can be seen speaking to activists and senior members from his Likud party.

“We convinced the US president [to exit the deal] and I had to stand up against the whole world and come out against this agreement,” Netanyahu says in the video. “And we didn’t give up.”

The prime minister then begins to speak about the Iranian regime — “not the Iranian people, I have nothing against them” — before he is interrupted by an unidentified person off-screen who says, “It will disappear with the help of God.”

“You said it. From your mouth to God,” Netanyahu says in response as the clip ends.

Netanyahu does not explain in the video aired by Kan how he convinced Trump to exit the deal. Trump had vowed to scrap what he assailed as the “worst deal ever” before becoming president.

The prime minister, who has long railed against the 2015 nuclear deal, gave a dramatic presentation a little over a week before Trump’s May 8 decision, where he unveiled documents Israel secreted away from Tehran that he said proved “Iran lied” about its nuclear program.

“I said it from the start, it has to be either fully fixed or fully nixed,” Netanyahu said at the time. “But if you do nothing to this deal, if you keep it as is, you will end up with Iran with a nuclear arsenal in a very short time.” 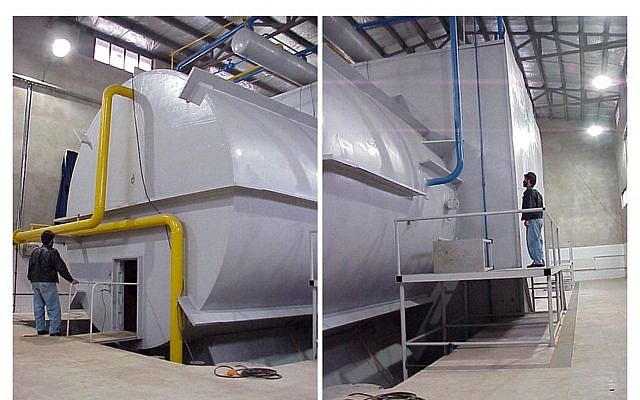 Netanyahu was a vocal opponent of the deal as it was being negotiated and when it was reached during the Obama administration. The agreement lifted painful economic sanctions against Iran in exchange for curbs on its nuclear program.

Netanyahu has repeatedly argued that the deal will not prevent Iran from gaining nuclear weapons capability after its restrictions expire in the next decade or so.

Trump noted the Mossad haul of Iranian documents in his speech announcing the US pullout from the deal, saying they “conclusively” showed Iran’s efforts to obtain nuclear weapons. He however gave no indication his decision was swayed by Israel.

In his announcement, the US president said the accord would not prevent Iran from acquiring nuclear arms and he therefore was exiting the agreement and reimposing sanctions.

Trump’s decision was sharply opposed by Iran and the deal’s other signatories — Britain, France, Germany, Russia, and China. Those countries are currently working to preserve the accord following the US pullout.

Israel considers Iran its arch-enemy, citing Iran’s calls for Israel’s destruction, support for terrorist groups across the region, and growing military activity in neighbouring Syria. Israel has warned that it will not allow Iran, whose troops are backing Syrian President Bashar Assad, to establish a permanent military presence in Syria.