In one scene, an ISIS fighter can be seen firing what appears to be a homemade high caliber anti-material gun. The video later focuses on an ISIS sniper and his spotter. The spotter is carrying a FLIR BHM thermal camera, and the shooter is operating a U.S. M4 with an unknown scope. 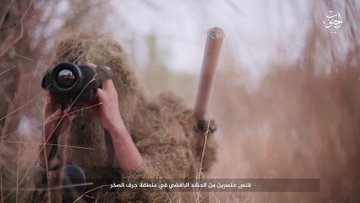 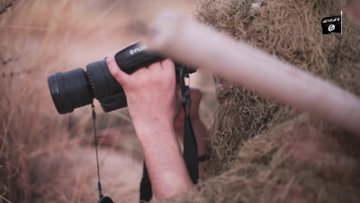 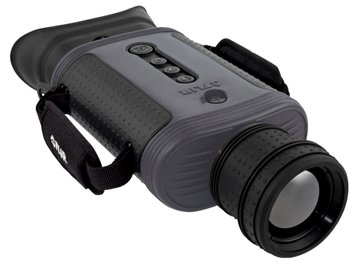 The FLIR BHM retails for over $5,000, and was originally designed as a maritime thermal camera to help maritime vessels see debris, rocks, other boats and landmarks in pitch-black conditions.

FLIR also makes a monocular handheld FLIR Scout for hunters and hikers. The smaller thermal device sells between $600 and $1,300.

However, ISIS snipers are using the thermal camera as a spotting scope to track targets and to film propaganda shots.

FLIR is a private company based in Portland, Oregon, that makes optics, thermal sights, night vision scopes, and a whole host of other government, military and law enforcement equipment. They also make commercial products.

But, the all FLIR night vision and thermal devices are U.S. restricted export items regulated under International Traffic in Arms Regulations. Export outside the U.S. is prohibited without a license from the U.S. Department of State’s Directorate of Defence Trade Controls.

How ISIS got the thermal device is unknown, but Iraq and Syria are known for illicit arms markets. ISIS has also seized sophisticated equipment in the past by raiding armouries and bases of Iraqi and Syrian troops.

ISIS has been seen operating U.S. weapon systems before to include M4s, EOTech holographic sights and advanced combat optical gunsights. These items are easily accessible on the battlefield, where the U.S. military has provided this equipment to partner forces battling ISIS militants.

However, the proliferation of night vision and thermal devices on the battlefield by non-state groups and terrorist organisations is likely to have long-lasting effects on U.S. operations around the world as the U.S. edge in nighttime operations is slowly coming to close.

Though the ISIS propaganda video only highlights one thermal camera, it as an example of how highly regulated and controlled thermal and night vision equipment has spread to a plethora of bad actors.

The FLIR thermal camera is not the only thermal device that has been documented on the Syrian or Iraqi battlefield in the hands of non-state groups.

Syria and Iraq are also awash with Iranian RU-60 G and RU-120 G thermal scopes. The devices have been documented by Armament Research Services, an intelligence consultancy group.

Iran’s support of Shia militias in Iraq and Syria have caused these devices to fall into the hands of al-Qaida offshoots and other militia groups in the region.

Both Iran and the U.S. have been plagued with a diffusion of technology with the support of various proxies across Iraq, Syria and Afghanistan.