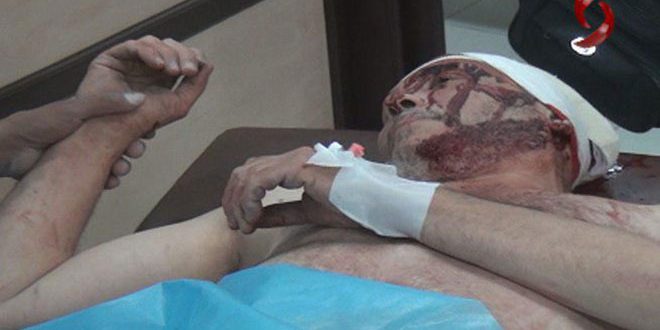 Aleppo, SANA – Six civilians including a girl child were injured in terrorist rocket attacks which targeted neighbourhoods in Aleppo city on Friday.

A source at Aleppo Police Command told SANA’s report that Jabhat al-Nusra terrorists positioned in al-Rashidin area west of the city fired rocket shells at al-Iza’a, al-Khalidiya, and al-Mogambo neighbourhoods and the surroundings of the university campus, injuring 6 civilians including a 9-year-old girl, and causing considerable material damage to houses and properties.

The reporter said that the injured were rushed to hospitals for treatment, and that Syrian Arab Army units retaliated by targeting the sources of the rockets, destroying launchers and fortified positions and inflicting losses upon the terrorists.