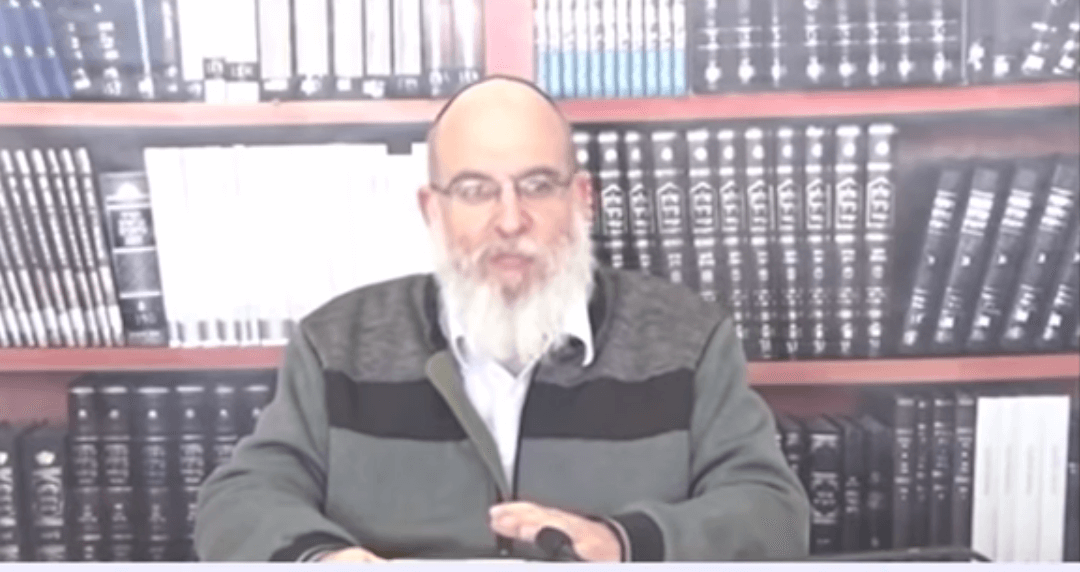 Eliezer Kashtiel, from Youtube as aired by i24 news. Screenshot.

A prestigious religious institute for Israeli army officer candidates is embroiled again in anti-human rhetoric. A rabbi at the school has been exposed (Hebrew) calling for the enslavement of Palestinians. The text was discovered by blogger/lawyer Yair Nehorai, who’s been documenting the scandalous teaching of the Bnei David religious college rabbis for over a year.

Rabbi Eliezer Kashtiel, the head of Bnei David, a military religious college in the settlement of Eli in the occupied West Bank, was lecturing about “slavery and the position of workers according to Judaism”, and offered a justification of Jewish supremacy and the enslavement of Palestinians under occupation:

“Yes, we are racists, of course we are. There are races in the world and nations that have genetic attributes, and that demands that we [the Jewish people] will think of how to help them. The fact that someone is your inferior is not a reason to deride him or eliminate him, but help him. Yes, there are differences between races and that’s precisely the reason who should offer aid. Just as we know there are genetic defects within society, for instance when a child is, alas, born with a defect. Is that a reason to deride him? To taunt him, insult him? No. It calls for helping him.

“When I see that I reach much more impressive heights than he does, in the moral, intellectual, personal fields, I reach much greater achievements – then it is my duty to aid him. Not leave him poor and helpless, but to lend him my hand and say ‘come’, come be my slave, be a partner in my success. […] Do you know how it is today? A prosperous country sees a backwards country, and it turns it into its garbage heap. This is how it is today. There are countries in Africa, backward countries, and what do the superpowers do? They make it worse for them.

“[…] If occupation means to humiliate you, to deride you, to taunt you, to eliminate you – than it is bad. But if occupation means ‘I am successful, come to me’, I am calling you to join a partnership, why are you alone, why are you apart from me, I want to occupy you, to merge you – then you’d be a part of a great success. You will benefit from being my slave. You live such miserable life. Come be my slave, see what life you’ll have, to what spiritual and ethical stage [you’ll climb…].

The rabbi’s undated comments on slavery were first reported in April but in much abridged form. The full comments were lately published by Nehorai.

There’s more – plenty more – where this came from, but presumably you’ll have dinner sometime, so I’ll spare you.

Bnei David  (or as I prefer to call them, Bnei Eli; those of you with a biblical education may get the joke*) is considered the flagship of the National-Religious education system. The college was created in the late 1980s, when rabbis noted with alarm that yeshiva students who join the army often “take off the yarmulke” and become secular, and “the sector” loses votes, souls and money. Eli was the first of the “military colleges”: the point is to subject ex-yeshiva boys to another year of indoctrination, so they’ll be “strengthened” when they join the army. As part of the deal with the army, these cadets – who join the army a year later in life than other Israelis– are trained by the colleges to become officers. The format was considered successful both by the army and the rabbis, and many other such colleges were created; a small minority of them are secular. Bnei David’s founder, Eli Sadan, won the Israel Prize (the highest civil honor) in 2016, mostly due to his work in Bnei David.

In the last two years, many embarrassing quotes by Bnei David rabbis were exposed. The rabbis turned out – surprise! – to be radioactively homophobic, radically anti-Gentile, and rabidly misogynistic. They derided women soldiers, gay soldiers, and secular soldiers. The unending geyser of embarrassment caused the army to remove one rabbi – Yigal Levinstein, deputy principal of Bnei David – from any contact with the army; this necessitated his removal from that position (though he still lectures there). The idea of removing Bnei David from the list of colleges supported by the military was entertained for a short while, but was dropped due to the political power its rabbis wield. 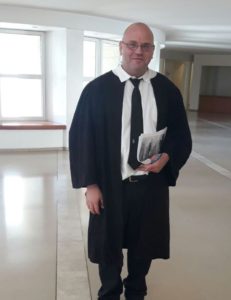 Unfortunately for Bnei David, they posted hundreds of lectures on Youtube. This means that, assuming you have the stamina to watch two hours of religious ranting, it’s a goldmine. Yair Nehorai, who is advocating religious freedom, has been exploring this goldmine for a while now. This latest expose came after Bnei David tried to retaliate against him by launching two lawsuits against him: one for defamation (good luck with that), and the other for copyright infringement (they’ll need even better luck with this one.) They’re suing Nehorai for 700,000 NIS (about $200,000) and 1,000,000 NIS (about $315,000), respectively.

A lot of officers in the IDF went through Bnei David or other colleges of its ilk. This is the indoctrination they went through. Keep that in mind when you hear of IDF activities in the Occupied Palestinian Territories.

*As for the joke, see 1 Samuel 2:12: “Now the Sons of Eli were sons of Belial; they knew not the Lord” and the few verses following.