By ISABEL DEBRE and RAPHAEL SATTER 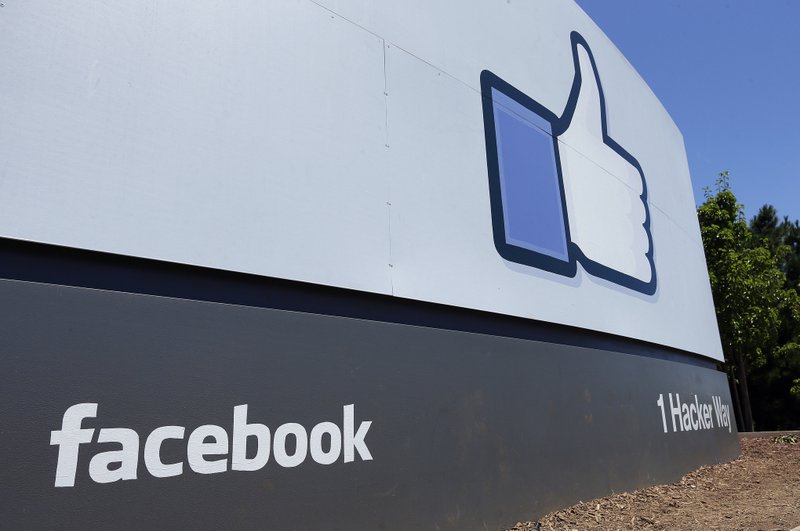 JERUSALEM (AP) — Facebook said Thursday it banned an Israeli company that ran an influence campaign aimed at disrupting elections in various countries and has canceled dozens of accounts engaged in spreading disinformation.

Although Facebook said the individuals behind the network attempted to conceal their identities, it discovered that many were linked to the Archimedes Group, a Tel Aviv-based political consulting and lobbying firm that publicly boasts of its social media skills and ability to “change reality.”

“It’s a real communications firm making money through the dissemination of fake news,” said Graham Brookie, director of the Digital Forensic Research Lab at the Atlantic Council, a think tank collaborating with Facebook to expose and explain disinformation campaigns.

He called Archimedes’ commercialisation of tactics more commonly tied to governments, like Russia, an emerging–and worrying–trend in the global spread of social media disinformation. “These efforts go well beyond what is acceptable in free and democratic societies,” Brookie said.

“Our team assessed that because this group is primarily organised to conduct deceptive behaviour, we are removing them from the platform and blocking them from coming back,” he added.

The activity appeared focused on Sub-Saharan African countries but was also scattered in parts of Southeast Asia and Latin America, what Brookie called a “staggering diversity of regions” that pointed to the group’s sophistication.

The fake pages, pushing a steady stream of political news, racked up 2.8 million followers. Thousands of people expressed interest in attending at least one of the nine events organised by those behind the pages. Facebook could not confirm whether any of the events actually occurred. Some 5,000 accounts joined one or more of the fake groups.

The most significant audience engagement was generated in Malaysia, which has a vast media market and held a general election last year, according to Brookie and his team at the Atlantic Council.

Facebook investigations revealed that Archimedes had spent some $800,000 on fake ads, paid for in Brazilian reals, Israeli shekels and U.S. dollars. Gleicher said the deceptive ads dated back to 2012, with the most recent activity occurring last month.

Facebook shared a few examples of the fake content, including one post mocking 2018 Congolese presidential candidate Martin Fayulu for crying foul play in the elections that vaulted Felix Tshisekedi to victory. Many governments and watchdog groups condemned the elections as rigged and declared Fayulu the rightful winner.

Given the geographical variety of Archimedes’ operations, “it’s impossible to determine a single ideological thread,” said Brookie. “They weren’t pushing exclusively far-right or anti-globalist content. It appears to be a clear-cut case of spreading disinformation through economic incentive.”

He added that Archimedes-linked pages pulled from the playbook of Russian interference in the 2016 U.S. presidential election, with widely amplified yet tailored messages targeting potential voters and “creating a specter of leaked information.” Most impostor accounts shared a key tactic: posing as a campaigner for a particular candidate and then sharing opinions that actual supporters would find offensive.

Facebook has come under pressure to more robustly and transparently tackle misinformation aimed at sowing division and confusion around elections, since the revelation that the company was slow to detect and respond to Russian election meddling.

Thursday’s disclosure, which Facebook pointed to as proof of its accelerating “progress rooting out abuse,” underscored the extent to which private actors are leveraging the platform to meddle in elections and more broadly tap the “growing market for disinformation,” said Brookie.

But the company’s efforts to fight fake accounts are “often made in great haste,” said Jonathan Klinger from the Israeli Digital Rights Movement, and if Archimedes does have legitimate links to political parties and candidates, Facebook can expect a legal battle.

On its website, Archimedes, which presents itself as consulting firm involved in campaigns for presidential elections, does not hide its efforts to manipulate public opinion. Rather, the company advertises it.

The site, featuring a montage of stock photos from Africa, Latin America and the Caribbean, boasts of its “own unique field within the social media realm” and its efforts to “take every advantage available in order to change reality according to our client’s wishes.”

Little information is available beyond its slogan, which is “winning campaigns worldwide,” and a vague blurb about the group’s “mass social media management” software, which it said enabled the operation of an “unlimited” number of online accounts.

A message seeking comment from the company was not immediately returned.

Archimedes’ chief executive is Elinadav Heymann, according to Swiss negotiations consultancy Negotiations.CH, where he is listed as one of the group’s consultants.

A biography posted to the company’s website describes Heymann as the former director of the Brussels-based European Friends of Israel lobbying group, a former political adviser in Israel’s parliament and an ex-intelligence agent for the Israeli air force.

Heymann did not return messages left with Daniel Hardegger, Negotions.CH’s managing director. Shortly after The Associated Press got in touch, Hardegger said that Heymann requested that his biography be removed from the site.