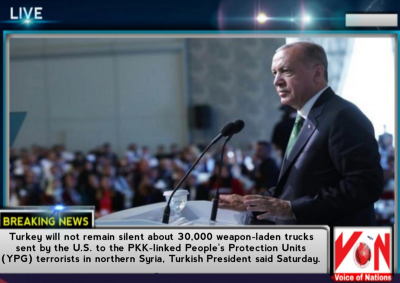 Turkish President Tayyip Erdogan has called out the US for delivering more than 30,000 weapon-laden trucks to Syria to support the PKK-linked People’s Protection Units (YPG) terrorist group, reported Press Tv.

Speaking at the Justice and Development Party’s meeting in Eskişehir, a city in northwestern Turkey, Erdogan said he wouldn’t sit back in the shadows anymore about a superhighway of weapons supplied by the US, amounting to more than 30,000 truckloads of weapons, equipment, and ammunition to northern Syria to support YPG terrorists.

Erdogan further criticized the Trump administration for its “lack of commitment” to construct a safe zone in Syria along the Turkish border. He added that he would “sort out” the issue with President Trump at a meeting later this month.

“We must resolve this … There are differences between what is said and what has been done,” Erdogan said.

Washington and Ankara have been at odds with one another of who should control northeast Syria, where YPG terrorist and other Kurdish militias have had the luxury of receiving American weapons.

Ankara has viewed the YPG as an extension of its own Kurdish militancy, insisting the US needs to cut ties with the terrorist organization. 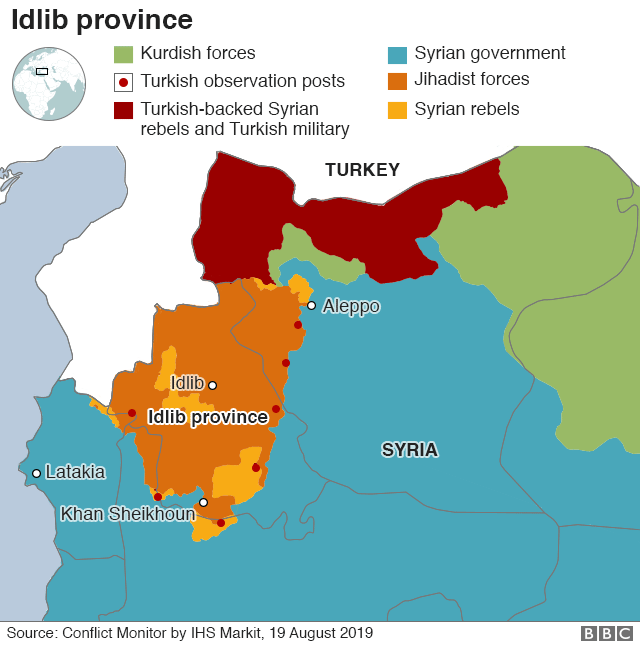 Erdogan also criticized the European Union for the lack of support regarding the millions of Syrian refugees.

He said Ankara has already spent $40 billion hosting four million Syrian refugees, adding that a new project could be announced momentarily to resettle one million refugees in northern Syria.

“Our goal is to settle at least one million Syrian brothers and sisters in our country in this safe zone,” said Erdogan. “If needed, with support from our friends, we can build new cities there and make it habitable for our Syrian siblings.”

The European Union has given Turkey $7 billion since 2015 to restrict the flow of migrants. But with Turkey granting millions of refugees asylum status, the migrant problem is worsening through 2019.

“If there is no safe zone we can’t overcome this,” Erdogan said.

Syrians have already begun traveling to Europe again. Turkish and international refugee officials warned about new waves of migrants headed towards the continent. Over 500 refugees landed by vessel in the Greek island of Lesbos earlier this month.

“Inflation is falling, so are interests and they will fall even further. The capital market board will convene on Thursday, and I believe interests will fall afterward,” Erdogan said.

Erdogan has just given the world a dose of reality of where some of the weapons used by terrorists in Syria are coming from.