Despite accompanying his order that US troops move away from Syrian-Turkish border with vague talk about ending America’s involvement in ‘Middle East’s wars’ (most of which can ultimately be traced back to having been started, or helped started, by the US) Trump hasn’t actually ordered a US withdrawal from Syria, nor has he ended any war yet. In fact he has escalated just about every confrontation he inherited from Obama:

The only two confrontations where he has been a moderating influence are:

Americans have no business waging a regime-change war on Damascus or stationing tripwire troops in eastern Syria in order to deny it to the Syrian government. However as long as they are doing that (and they still are) then the fact they had also taken upon themselves the role the Syrian army would have otherwise been performing in keeping Syrian territory safe from the Neo-Ottoman Turks was actually a good thing. That did not justify US presence there, but it made it slightly less intolerable. Now Trump has eliminated the one good secondary function the American troops were performing and made them into a fully negative force.

Imagine a police force that is harassing and beating you on every step, and also grabs your guns making you more vulnerable to criminals, but nonetheless at least attempts an investigation of sorts when you suffer a burglarly. Imagine that force then stops doing the one good thing they were doing before, but stays exactly the same in every other respect. That is exactly what Trump has done in eastern Syria.

Actually it goes further than that, the reason Trump and Erdogan were even on the phone was that the Pentagon had been trying to appease the Turks with a sort of demilitarized zone on the Syrian side of the border that Kurdish militias would pull back from and dismantle their fortifications and tunnels behind them. As part of joint US-Turkish military patrols the Turks would then have the right to continue to verify that Kurdish fighters are staying out.

This was already problematic as it entailed a foreign occupying power inviting in yet another foreign occupier, but at least there were some kind of limits on the Turks. Which is why the Turks were howling it was not enough and were ringing Trump, but they were nonetheless going with it for now as any concession is better than none. Kurds too were going along with it, and had withdrawn, and had — more crucially — on the way out destroyed the defensive positions they had previously occupied and prepared as the Americans asked them to.

It is in this moment that Trump then gave up on the whole US-Turkish “safe zone” idea, called the negotiations off, and untied Turkish hands. What a son of a bitch! What a backstabb! This is how reckless, callous, uninformed, ignorant, stupid and just plain bad person this dude is. At the very least if he was going to remove US troops from the Turkish border, and Turkish border alone, he should have done it a month earlier.

Now I don’t think this was some elaborate scheme by Trump to make sure he screws the Kurds extra hard, but then so what? Does the fact it was borne out of stupidity and lack of will to properly inform himself about anything make it any better?

Love the treason, but hate the traitor

And for the record I don’t think this will buy the US much gratitude in Ankara, or help put damaged American-Turkish relations on a friendlier, more respectful footing. Firstly the Turks will notice the entire establishment except Trump was against them, and more than anything they will notice how trecherous the US can be. Today the Kurds, yesterday (since 2003) the Turks, perhaps tomorrow again the Turks.

In fact as soon as Trump announced the withdrawal, the Pentagon — while it still could — dispatched a small aid convoy from Iraq to the Kurdish YPG militias just to show where the heart of the officers who have helped train and equip them still lays: 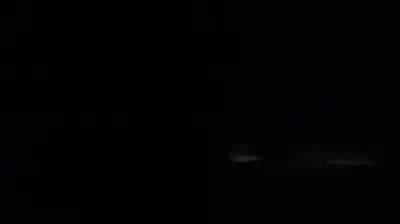 47 people are talking about this

Turkey and the United States agreed in August to establish a safe zone in northeast Syria. Turkey sees the plan as a safeguard against what it sees as threats to its national security posed by Kurdish-led groups that control northeast Syria, but the two countries have not agreed on the size of the zone and who will control it.

Turkish President Recep Tayyip Erdoğan said on Tuesday that Turkey was ready to take its own measures in northern Syria due to what he said was unsatisfactory progress in efforts to push back the Kurdish militias and establish the safe zone.

“U.S. Forces provide the Turkish military with the opportunity to view the progress of fortification removal during a patrol Oct. 4 in northeast Syria. Verification is critical to ensure we are addressing security concerns in the security mechanism zone,” the U.S Special Operation Joint Task Force said alongside photographs of Turkish and U.S. troops near what appeared to be the border fence.

The Turkish Defence Ministry said on Twitter earlier on Friday that the third U.S.-Turkish ground patrol was carried out east of the Syrian town of Tel Abyad with the help of unmanned aerial vehicles.

In a phone call with his U.S. counterpart Marl Esper on Thursday, Turkish Defence Minister Hulusi Akar reiterated Turkey’s demand to establish a 30-km deep safe zone in northeast Syria and said Turkey would end joint efforts if it saw delays and any stalling of the plans, according to a readout on the Turkish Defence Ministry’s website.

The minister said Turkey expected the United States to end its support for the Syrian Democratic Forces and its affiliate, the Kurdish-led People’s Protection Units (YPG) in Syria, which form the backbone of U.S.-led coalition forces that largely defeated Islamic State. Turkey sees the YPG as an offshoot of the Kurdistan Workers’ Party (PKK), which has been fighting for Kurdish autonomy in Turkey for more than three decades.