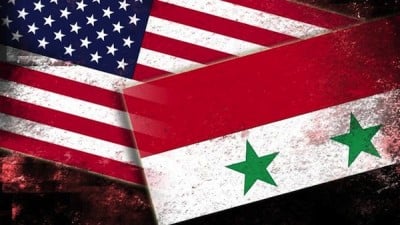 Relevant article selected from the GR archive, first crossposted on GR in May 2016.

The great investigative journalist Seymour Hersh, in two previous articles in the London Review of Books («Whose Sarin?» and «The Red Line and the Rat Line») has reported that the Obama Administration falsely blamed the government of Syria’s Bashar al-Assad for the sarin gas attack that Obama was trying to use as an excuse to invade Syria; and Hersh pointed to a report from British intelligence saying that the sarin that was used didn’t come from Assad’s stockpiles.

Hersh also said that a secret agreement in 2012 was reached between the Obama Administration and the leaders of Turkey, Saudi Arabia, and Qatar, to set up a sarin gas attack and blame it on Assad so that the US could invade and overthrow Assad. «By the terms of the agreement, funding came from Turkey, as well as Saudi Arabia and Qatar; the CIA, with the support of MI6, was responsible for getting arms from Gaddafi’s arsenals into Syria».

Hersh didn’t say whether these «arms» included the precursor chemicals for making sarin which were stockpiled in Libya, but there have been multiple independent reports that Libya’s Gaddafi possessed such stockpiles, and also that the US Consulate in Benghazi Libya was operating a «rat line» for Gaddafi’s captured weapons into Syria through Turkey. So, Hersh isn’t the only reporter who has been covering this. Indeed, the investigative journalist Christoph Lehmann headlined on 7 October 2013, «Top US and Saudi Officials responsible for Chemical Weapons in Syria» and reported, on the basis of very different sources than Hersh used, that «Evidence leads directly to the White House, the Chairman of the Joint Chiefs of Staff Martin Dempsey, CIA Director John Brennan, Saudi Intelligence Chief Prince Bandar, and Saudi Arabia´s Interior Ministry».

And, as if that weren’t enough, even the definitive analysis of the evidence that was performed by two leading US analysts, the Lloyd-Postal report, concluded that, «The US Government’s Interpretation of the Technical Intelligence It Gathered Prior to and After the August 21 Attack CANNOT POSSIBLY BE CORRECT». Obama has clearly been lying.

However, now, for the first time, Hersh has implicated Hillary Clinton directly in this «rat line». In an interview with Alternet.org, Hersh was asked about the then-US-Secretary-of-State’s role in the Benghazi Libya US consulate’s operation to collect weapons from Libyan stockpiles and send them through Turkey into Syria for a set-up sarin-gas attack, to be blamed on Assad in order to ‘justify’ the US invading Syria, as the US had invaded Libya to eliminate Gaddafi. Hersh said: «That ambassador who was killed, he was known as a guy, from what I understand, as somebody, who would not get in the way of the CIA. As I wrote, on the day of the mission he was meeting with the CIA base chief and the shipping company. He was certainly involved, aware and witting of everything that was going on. And there’s no way somebody in that sensitive of a position is not talking to the boss, by some channel».