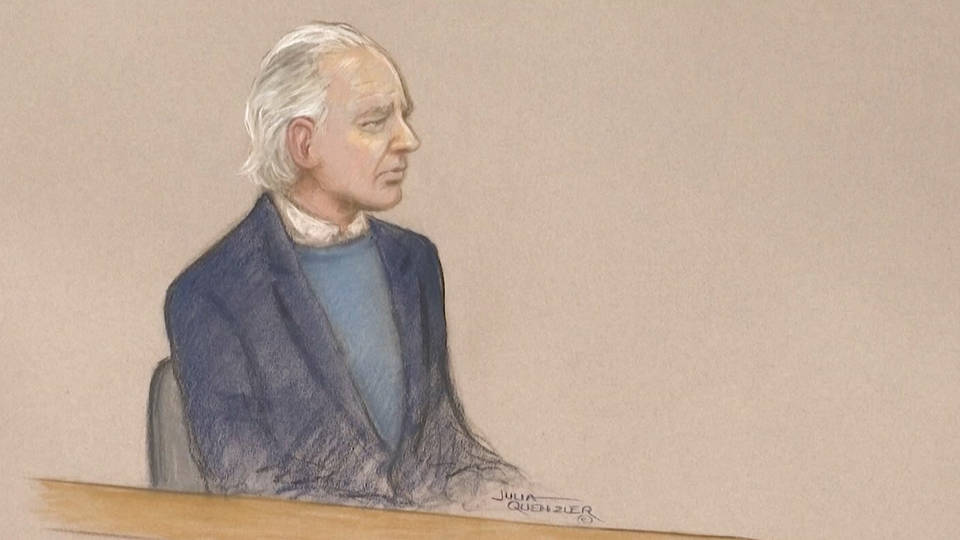 In London, lawyers for WikiLeaks co-founder Julian Assange are warning of a blow to press freedom worldwide after a court denied Assange’s request for a delay in his U.S. extradition hearing scheduled for February. Assange, who’s been jailed by British authorities since he was dragged out of the Ecuadorian embassy by London police in April, appeared dazed and frail at a court appearance Monday, struggling to say his own name and birthday before telling a judge, “I can’t think properly.” Human rights groups have warned Assange has suffered “psychological torture” in British custody. This is Nils Melzer, the United Nations Special Rapporteur on torture, who visited Assange last May in London’s Belmarsh Prison.

Nils Melzer: “I spoke with him for an hour just to get a good first impression. Then we had a physical examination for an hour by our forensic expert, and then we had a two-hour psychiatric examination. And all three of us had the same impression, and, well, I had certainly an impression and the medical doctors had a diagnosis. We all came to the conclusion that he showed all the symptoms that are typical for a person that has been exposed to psychological torture
over an extended period of time.”

Julian Assange faces up to 175 years in prison if he’s extradited to the U.S. to face hacking charges and 17 counts of violating the World War One-era Espionage Act.