With the killing of self-proclaimed ISIS “caliph” Abu Bakr al-Baghdadi, the shoddy narrative pushed by US government officials and regime change propagandists about Idlib was blown to pieces as well

October has been a tough month for the motley crew of self-styled Syria experts and regime-change diehards who spent years cheering on the so-called “moderate rebels.”

First, the “Free Syrian Army” fighters they had long championed were finally and undeniably exposed as the brutal extremists they always were.

All it took for the curtain to be pulled back was for President Trump to green-light a Turkish invasion of Syria, and those once-“moderate” CIA-trained contras that had long terrorised civilians in Syrian government territory were revealed to be Turkish-backed mercenaries, slaughtering and beheading their way throughout the Kurdish-majority regions of northeastern Syria.

As The Grayzone’s Max Blumenthal reported, 21 of the 28 former Syrian “rebel” factions employed in Turkey’s invasion of northern Syria were previously armed or trained by the US.

Almost as soon as that episode was in the rear-view mirror, ISIS leader Abu Bakr al-Baghdadi was killed by a US-led operation in Idlib, the northwestern Syrian providence controlled by Syria’s local al-Qaeda affiliate, Hayat Tahrir al-Sham.

Even as US officials acknowledged that Idlib was home to the largest faction of al-Qaeda fighters since 9/11, supporters of regime change and the US government itself fiercely protected the province, upholding it as the last rebel stronghold resisting the government of President Bashar al-Assad.

With Baghdadi’s killing, they were forced to contend with the fact that they helped provide a sanctuary to the bloodthirsty ruler of ISIS.

Following US President Donald Trump’s announcement of Baghdadi’s death, mainstream pundits honed in on Trump’s hyperbolic commentary – “he died like a dog, he died like a coward” –  and sneered at the president’s compliments to Russia, Turkey, and Syria for not obstructing the operation.

But the proverbial elephant in the room continued to go unnoticed, or ignored: The US had been using diplomatic leverage and threats of military force to keep Baghdadi’s hosts in power.

Only a few political outliers have dared to state the inconvenient truth about Idlib. Chief among the marginalized truth-tellers was Democratic presidential hopeful and congresswoman Tulsi Gabbard.

During a Democratic primary debate, Gabbard accused Trump of “supporting al-Qaeda” by protecting Idlib with threats of military force.

Senator Kamala Harris lashed out at Gabbard, branding her as an “apologist for an individual, Assad, who has murdered people in his country like cockroaches.” Neoconservative Washington Post columnist Josh Rogin piled on, writing that Gabbard “helped Assad whitewash a mass atrocity.” 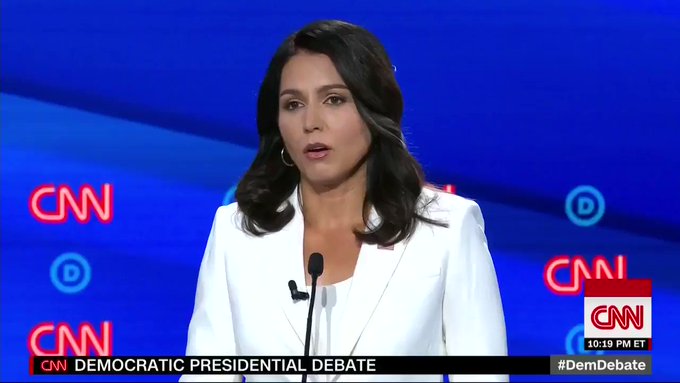 392 people are talking about this

After the debate, the supposed fact-checking website Politifact rated Gabbard’s statement as “false.”

But it was not only Gabbard who had lifted the mask on the US’s disturbing relationship with Idlib. In July 2017, Brett McGurk, the former special presidential envoy for the global coalition to counter ISIL, announced that “Idlib province is the largest al-Qaeda safe haven since 9/11.”

Note that none of these cowards smear journalists like Worth as Assadists, because they can’t get away w/ that attack on an establishment voice. They reserve their cowardly smears for easier targets: independent journalists w/ no institutional support, unlike NYT correspondents.

The smears have gotten so dumb that even when US envoy Brett McGurk points out (in July 2017) that “Idlib Province is the largest Al Qaeda safe haven since 9/11” — these cowards still attack the journalists who have the minimal honesty to point that out. pic.twitter.com/VhLVeBeL6e 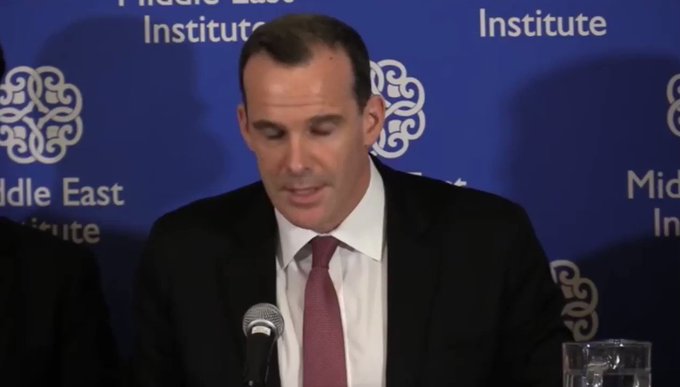 152 people are talking about this

While Gabbard was targeted for political destruction, McGurk was simply ignored.

The US and Europe preserve Idlib as a jihadist haven

Meanwhile, the millions of Syrians living within firing range of Idlib have had to live next door to some of the world’s most vicious extremists, withstanding constant mortar shelling and threats of genocide against religious minorities.

Having suffered massive personnel losses throughout the brutal seven-year war, the Syrian government momentarily acquiesced to international pressure against a full-scale offensive to retake Idlib.

But in the summer months of 2018, UN-brokered ceasefires between the Syrian and Russian militaries and insurgents in Idlib fell apart. As mortar shells continued to rain down on Damascus and kill civilians, the Syrian government became convinced that it was time to oust al-Qaeda from its stronghold.

Western European governments seemed desperate to preserve Idlib as a holding pen for foreign fighters who originated from their countries, and who threatened to return if their jihadist haven collapsed. EU governments thus implicitly acknowledging the reality of Idlib as a purgatory for the extremist proxies they had used to wreak havoc on Libya and Syria, and which threatened to destabilize their own.

The United States vehemently opposed the Syrian government’s operation too, but for a different set of reasons. While the Trump administration claimed to reject the mission on humanitarian grounds, its stated motive was contradicted by scenes of ruin only a few hundred miles away, in the Iraqi city of Mosul, where the US employed what then-Secretary of Defense Jim Mattis called “annihilation tactics.” There, the US carried out 1,250 air strikes with 29,000 bombs, reducing huge swaths of the city to rubble and killing at least 9,000 civilians, all in the name of defeating ISIS.

U.S. Mission to the UN

“We consider any assault on Idlib to be a reckless escalation of the conflict. If Assad, Russia, and Iran continue down the path they are on, the consequences will be dire. The world will hold them responsible.” 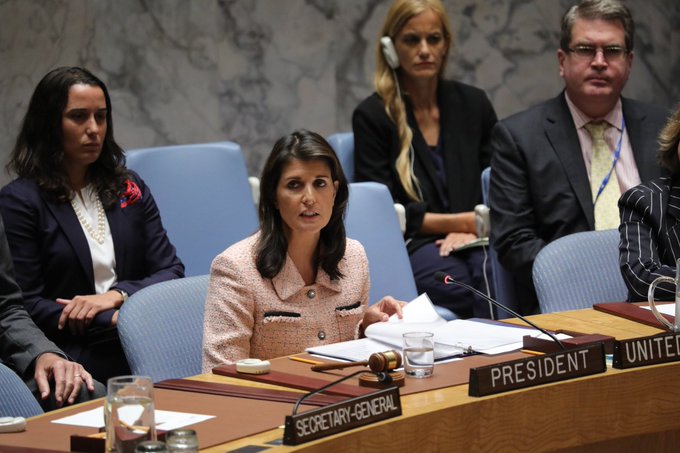 190 people are talking about this

Though Washington refused to say it outright, it clearly saw al-Qaeda-controlled Idlib as a powerful cudgel that would keep the Syrian military weak and force Assad to negotiate. This cynical strategy was employed throughout the dirty war on Syria, and met with little opposition inside the US government.

A rare piece of dissent was conveyed to Obama in a secret 2012 Defense Intelligence Agency memo which foresaw the establishment of a “Salafist principality” or “Islamic state” in eastern Syria. Instead of taking action against the spread of the Islamic State to Syria, the Obama administration stood by and watched a jihadist enclave develop, hoping that it would force increased pressure on Assad to leave.

Their cold calculus was nearly proven right, until Russia intervened and tipped the scales of the war in Assad’s favor.

And all along, self-proclaimed Syria experts nested in Beltway think tanks insisted that more arms had to be handed over to the so-called “moderate rebels” – including among local al-Qaeda allies – in order to defeat ISIS.

As soon as Trump blasted out his late night tweet declaring “SOMETHING VERY BIG JUST HAPPENED“ and reports that Baghdadi had been killed began to spread, the pro-regime change think tank crowd went into damage control mode, feigning astonishment that the leader of ISIS could have been hidden inside al-Qaeda’s Idlib stronghold, which they had insisted rejected Takfiri ideology.

Middle East Institute think tank fellow Charles Lister declared he would “be amazed if Baghdadi had made Idlib a semi-permanent hiding place,” and even denied that al-Qaeda controlled Idlib.

Jennifer Cafarella, a neoconservative Institute for the Study of War researcher whose predecessor was fired after she was found to have faked her PhD, pontificated that “Baghdadi in Idlib would be wow.”

Emma Beals, a think tank fellow based in southern Turkey and Beirut, called Baghdadi’s appearance in Idlib “something of a surprise.”

One of the few academic experts on terrorism and jihadist groups who was not surprised to see Baghdadi flee to Idlib was Northeastern University professor Max Abrahms.

Since the fall of the Islamic State’s capital in the eastern Syrian city of Raqqa in late 2017, Baghdadi’s whereabouts were unknown. But it was no secret that thousands of his fighters had escaped to Idlib. There, they joined forces with their jihadist brethren and strengthened Idlib’s al-Qaeda rulers. The presence of ISIS militants in Idlib was even reported in Anglophone media, and referred to as “sleeper cells.”

“For those of us who understood that ISIS and Assad are not friends and that the rebels have been al-Qaeda-tainted for some time, it’s no surprise that the ISIS leader would set up shop in the heart of the opposition, where al-Qaeda and friends are the dominant groups,” Abrahms explained.

He added, “Why did Baghdadi go there? Not because he’s irrational. Baghdadi went there for a simple reason: This is the best place for him to find sympathizers to recruit and rebuild the Caliphate.”

The same pundits who were shocked by Baghdadi’s presence in Idlib have sought to downplay the extremist nature of al-Qaeda’s rebranded local affiliate, known as HTS, portraying it as the arch-nemesis of ISIS. In effect, they were marketing the extremist group responsible for the 9/11 attacks as a bunch of “moderate rebels.”

“HTS was once as extreme as they come, with roots in al Qaeda. But with Syrian leader Bashar al-Assad’s victorious Russian-aided forces bearing down, and mindful of the collapse of the ultra-hard-line Islamic State, the group’s leaders are taking a more lenient, pragmatic approach to enlistment,” Elizabeth Tsurkov wrote in Foreign Policy in September.

Among all the pundits seeking to remake al-Qaeda’s image, Charles Lister has been perhaps the most energetic. During a 2017 meeting on Capitol Hill, Lister proclaimed that “al-Qaeda has really got it right.”

Then, this August, he wrote that HTS “continues to evolve in intriguing ways – into a more politically mature & intelligent jihadist movement,” in an apparent effort to have the group’s designation as a terrorist organization lifted.

“Al-Qaeda has really got it right” – @Charles_Lister. 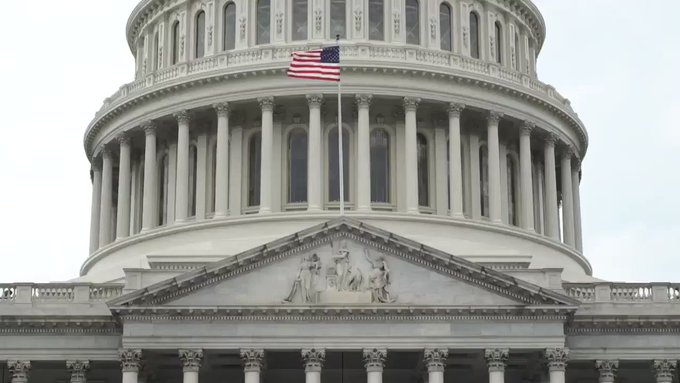 353 people are talking about this

Michael Weiss, a self-styled Syria and Russia expert who has never visited Russia and speaks neither Arabic nor Russian, forcefully dismissed a November 2018 warning from Russia’s FSB intelligence agency that al-Qaeda and ISIS could merge, denouncing it a false justification for an assault on Idlib.

The whitewashing of al-Qaeda extended to the opinion pages of the New York Times, where neoliberal columnist Thomas Friedman has urged the US to arm and create a no-fly zone around the “moderate rebels in Idlib” and to “back off fighting territorial ISIS in Syria.” 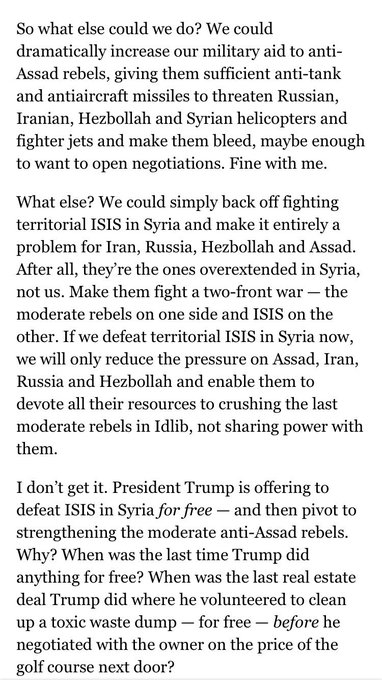 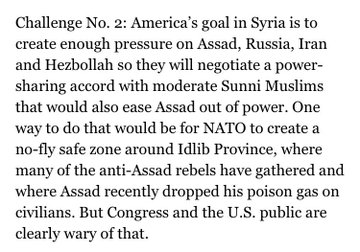 450 people are talking about this

While such thinking may sound absurd, outrageous, and even treasonous to the average American, Friedman’s thinking underscored the prevalent mindset among policymakers in Washington.

Among them was former CIA director David Petraeus, who was a driving force behind President Obama’s 2012 decision to enact a multi-billion dollar covert CIA train-and-equip program. In fact, Petraeus was shopping a plan as late as 2015 for the US to directly arm al-Qaeda fighters.

After protecting Idlib as a haven for the jihadist fighters the US has depended on for years, Trump is gleefully exploiting Baghdadi’s death for election season fodder. Meanwhile, the regime-change propagandists who whitewashed the rulers of Idlib are ducking for cover.

With the explosion that killed the longtime ISIS leader, their fraudulent narrative was blown to pieces as well.

Dan Cohen is a journalist and co-producer of the award-winning documentary, Killing Gaza. He has produced widely distributed video reports and print dispatches from across Israel-Palestine, Latin America, the US-Mexico border and Washington DC. Follow him on Twitter at @DanCohen3000.