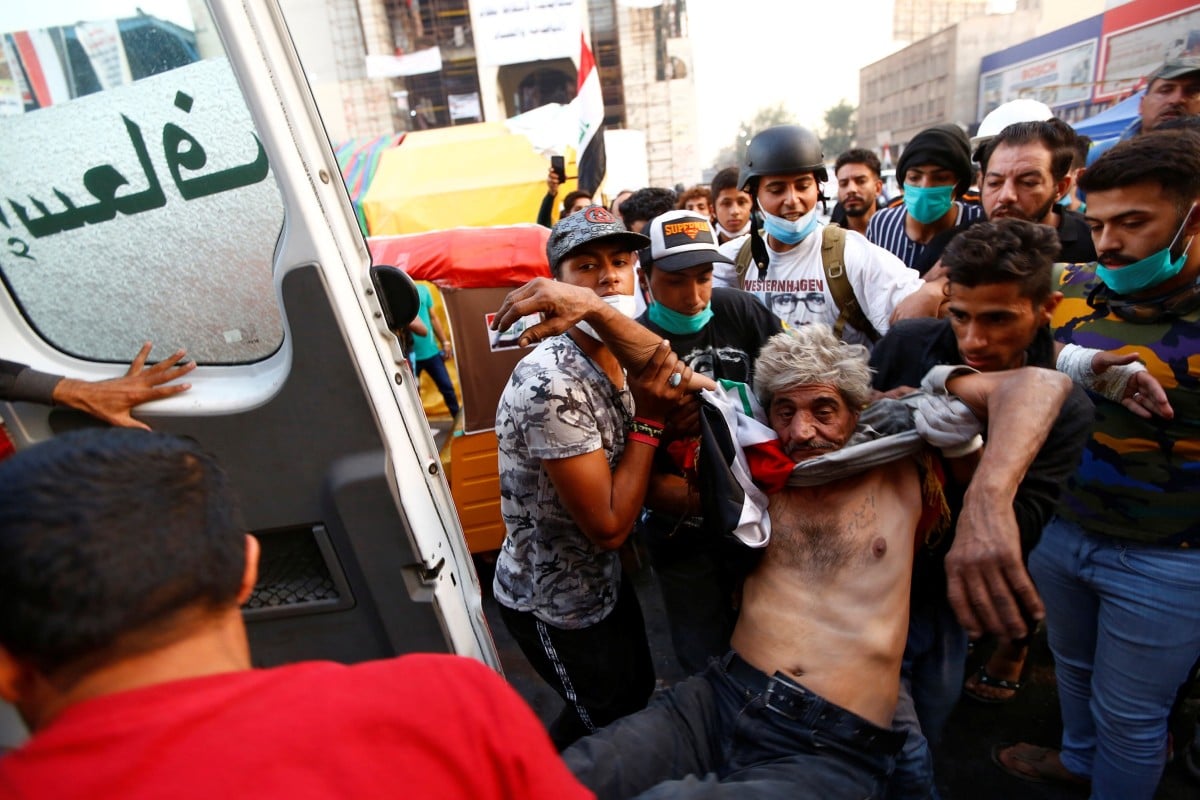 The deaths came hours after security forces cleared three flashpoint bridges of protesters, using stun grenades and tear gas amid heavy clashes. The bridges span the Tigris and give access to the heavily fortified Green Zone, the seat of government. Protesters have tried to force their way across on an almost daily basis.

The current cycle of anti-government protests and a heavy-handed security crackdown has left more than 250 people dead. Mass protests erupted in Baghdad and across southern Iraq last month, calling for the overhaul of the political system established after the 2003 US-led invasion.

Three of the protesters killed Saturday were hit by live fire, while the fourth died after being shot in the head with a tear-gas canister. The Iraqi officials spoke on condition of anonymity in line with regulations. 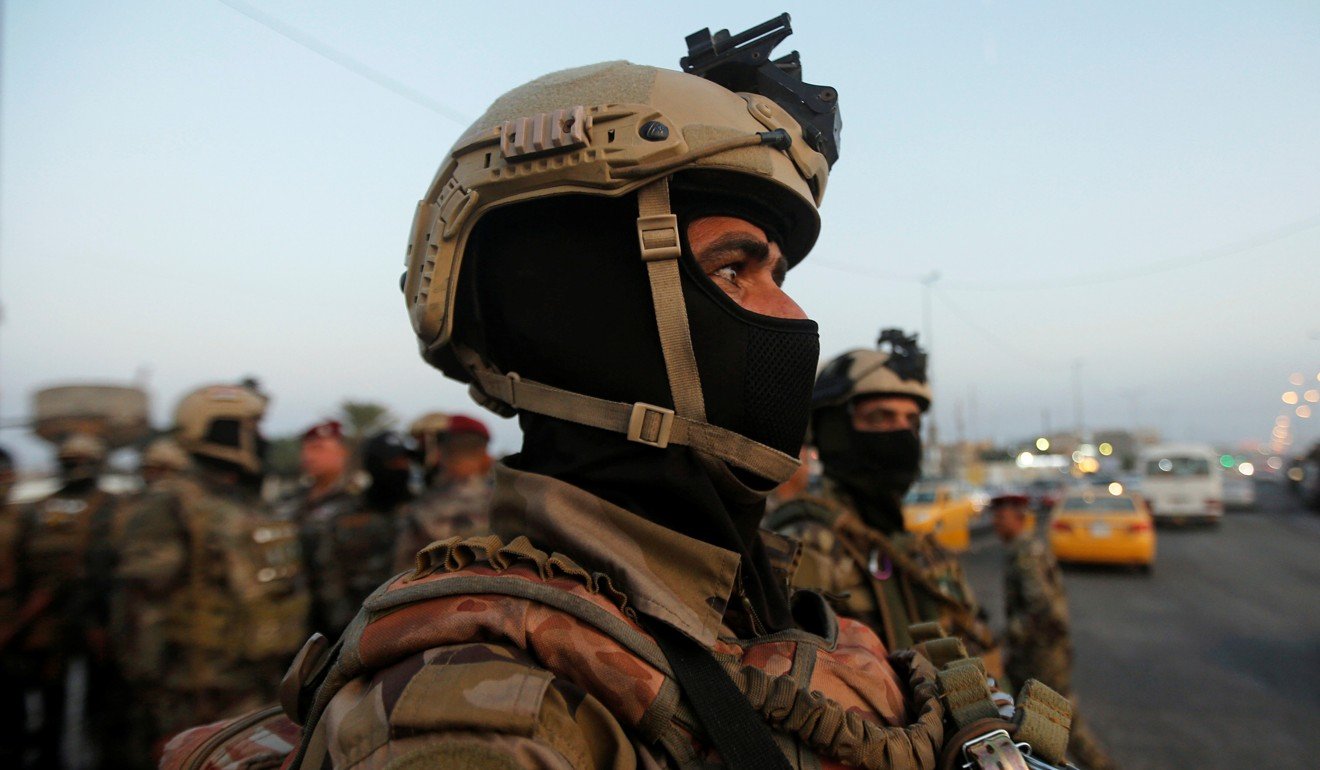 Members of Iraqi security forces are seen during the ongoing anti-government protests in Basra. Photo: Reuters

The protests intensified Saturday afternoon as demonstrators tried to reach the three bridges, hours after being pushed back under clouds of tear gas from the Sinak bridge to the nearby Khilani square, where 35 people were wounded, according to medical officials. Security forces also regained control of the nearby Ahrar and Shuhada bridges.

The day before, authorities found a bomb under the Sinak bridge and carried out a controlled explosion of it, according to state television.

In the southern city of Basra, three more protesters were killed overnight, raising the death toll there to eight since Thursday. Clashes with security forces also wounded 10 people in other parts of southern Iraq, including the city of Nasiriyah, according to security officials.

The demonstrators complain of widespread corruption, lack of job opportunities and poor basic services, including regular power cuts, despite Iraq’s vast oil reserves. They have rejected government proposals for limited economic reforms, and instead called on the country’s political leadership to resign, including Prime Minister Adel Abdul-Mahdi.

“We consider the peaceful protests of our people as among the most important events since 2003,” Abdul-Mahdi said in a statement Saturday that vowed to meet the protesters’ demands for wide-ranging reforms. He added that electoral reforms would be put forward soon along with “an important government reshuffle” in response to the protests against the sectarian system imposed in 2003, though the statement did not provide further details. 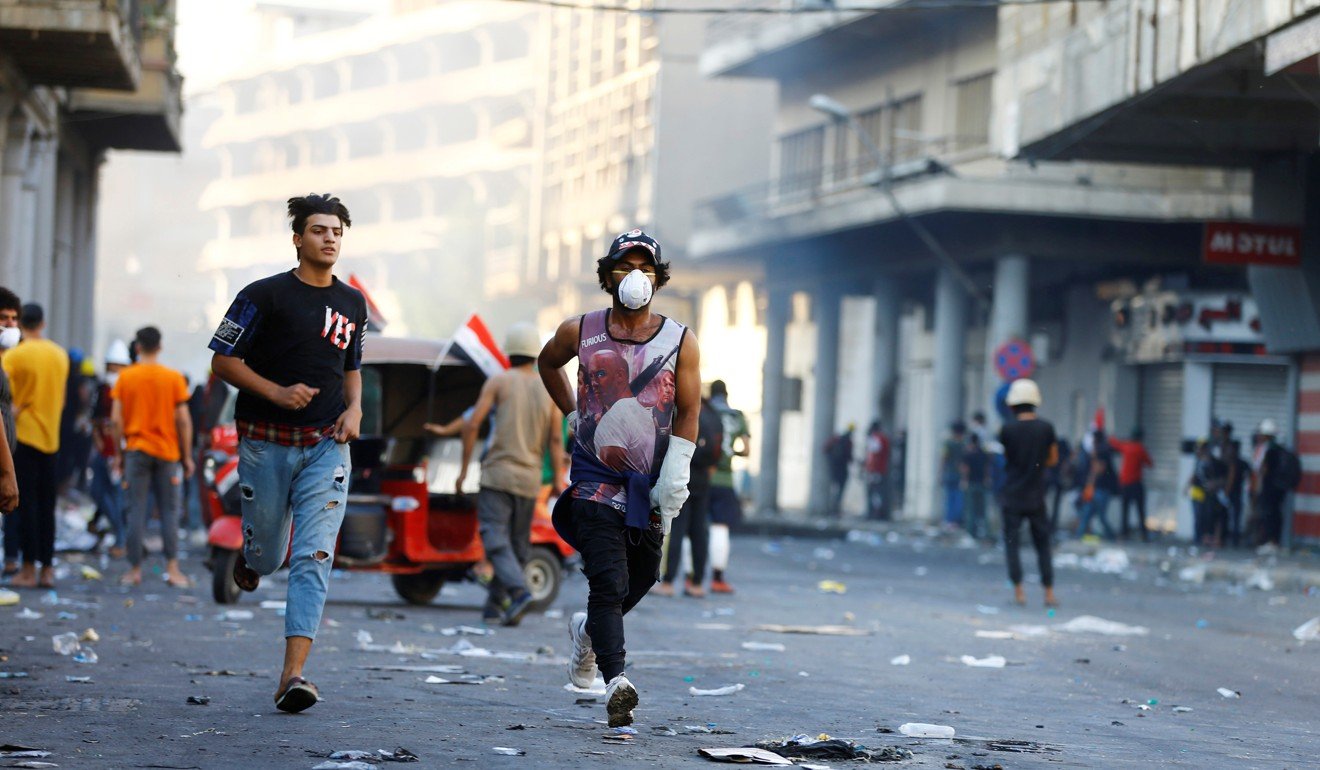 The prime minister also acknowledged that the state had blocked access to the internet in the country.

Soon after the statement’s release, internet on the cellular telephones resumed for half an hour before it was cut again.

Netblocks, a group that monitors worldwide internet access, reported a major shutdown by Iraqi authorities as of Monday, with usage in Baghdad and southern Iraq dropping to 19 per cent of normal levels. It said the internet was partially restored early Tuesday, but that “some networks are still offline and social media and messaging apps remain blocked or degraded.”

Authorities shut down internet access and blocked social media sites several times during the protests in October, but Netblocks said the latest shutdown was the most severe yet.