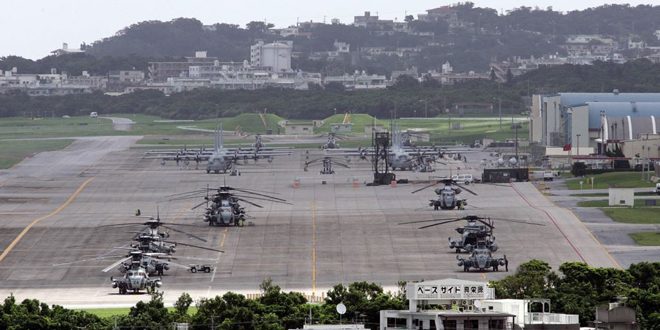 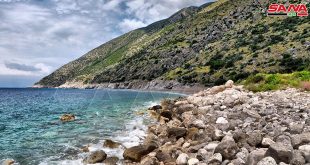 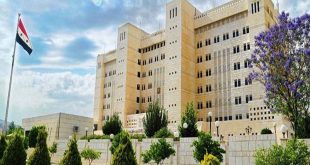 Damascus, SANA- Declared and hidden military bases deployed by the United States in more than 160 countries around the world constitute another different and strange face of the U.S. occupation through which Washington has managed to intervene indirectly and to make huge profits on the other hand by obtaining money for its military presence in those countries.

What began in the form of royalties paid by these countries for the US troops, turned to become a source of profit during the reign of US President Donald Trump, which pushed him to aske more countries, on top Japan, South Korea and Saudi Arabia to deploy U.S. forces in them.

Trump began to exploit the U.S. military bases, which are deployed as octopus’ arms in dozens of countries under the pretext of helping security operations, to draw more money as recently, he demanded, several countries, including Japan, to double the fees it usually pays to the US forces stationed there four times.

Meanwhile, the public anger among the Japanese people over the presence of U.S. soldiers is mounting due to the high crime rate and violent incidents associated with the mass demonstrations which have been repeated over and over again in protest against the U.S. Futenma air base in the Japanese province of Okinawa.

The American Foreign Policy Magazine has revealed that Washington asked Tokyo to increase the sums which it annually pays to the U.S. troops in Japan whose number is estimated at 540 thousand soldiers, from USD 2 billion to about USD 8 billion.

Meanwhile, many of the US allies are facing pressures exerted by Washington with regard to the defense spending as Trump has recently asked South Korea to pay more in return for the US military presence on its territory, and Trump has also seized the opportunity to draw money from Saudi regime in return for what it considered as “protection provided by the United States to Saudi Arabia”

The pretexts offered by the United States to deploy its troops all over the world is part of a security threat fabricated by Washington itself, as is the case in the Korean Peninsula as the successive US administrations have been pursuing hostile policies against the Democratic People’s Republic of Korea (DPRK) which have been accompanied by extensive media campaigns portraying Pyongyang as a threat to neighboring Asian countries including Japan and South Korea which has made a foothold for the US forces in that area.

In parallel, the politicized Western media portrayed Russia as a source of threat to provide the pretext for Washington to expand its military deployment within the framework of the NATO in Eastern Europe along the borders with Russia.

Although such threats do not exist at all, the United States has managed to possess 95 percent of military bases around the world as its troops are deployed in more than 160 countries while the Pentagon hides hundreds of other military sites.

As for the Saudi regime, the situation is very different as the authoritarian regime which is the main supporter of terrorism, and the world’s leading source of terrorism, it pays huge sums of money for the United States in exchange for arms deals with it to guarantee its continuity in a time when Washington is turning a blind eye to the violations and crimes committed by this regime, both against its people or in neighboring countries for money and oil.

The loyalty and obedience offered by the Saudi regime to the United States and the Israeli occupation entity is reflected in the transformation of Saudi Arabia to the most important of the U.S. centers in the region which are used by Washington to carry out its attacks against the neighboring countries with Saudi and Gulf funds stained with the blood of innocent people in both Syria, Iraq or Libya and the list goes on.