An official letter to the Swedish government by United Nations Special Rapporteur on Torture Nils Melzer provides a thorough exposure of the nine-year campaign by the Swedish judiciary and the state to smear WikiLeaks’ publisher Julian Assange as a sex offender and to deprive him of fundamental legal and democratic rights. 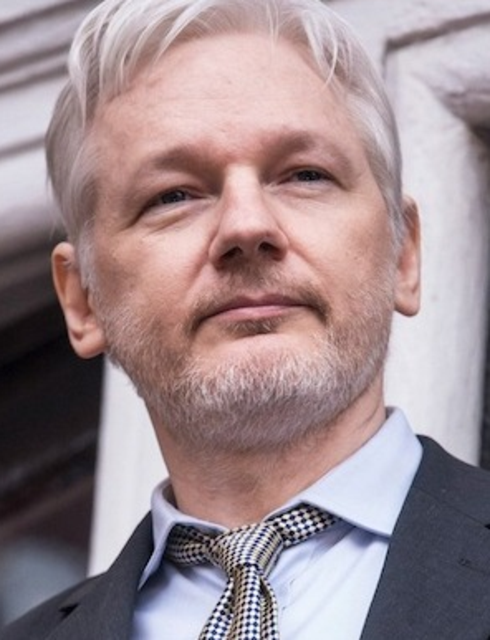 The letter, sent on September 12, was publicly released last week. Melzer had first written to the Swedish government, along with the governments of the US, Britain and Ecuador, in late May. That correspondence followed Melzer’s meeting with Assange in Britain’s Belmarsh Prison, and his conclusion that the WikiLeaks founder was being subjected to “psychological torture” as a result of ongoing state persecution and “public mobbing.”

The Swedish authorities replied to Melzer on July 12 and summarily rejected his finding that the years-long preliminary investigation into allegations of sexual misconduct against Assange had been marked by judicial arbitrariness, along with flagrant violations of his rights to anonymity and due process. The Swedish government sought to shield itself behind invocations of the independence of the judiciary, despite Melzer’s documentation of blatant political interference in the case.

Melzer’s September 12 reply is a meticulous documentary exposure of those evasions and of the entire frame-up that has been perpetrated against Assange. It should be examined in full by all defenders of democratic rights, and by anyone who wishes to know the truth about the Swedish “investigation.”

In his conclusion, Melzer noted the crucial role played by the Swedish pursuit of Assange in the entire US-led vendetta against the WikiLeaks founder since 2010.

He wrote: “The medical, factual and circumstantial evidence at my disposal shows that the manner in which Sweden conducted its preliminary investigation against Mr. Assange, including the unrestrained and unqualified dissemination and perpetuation of the ‘rape suspect’ narrative, was the primary factor that triggered, enabled and encouraged the subsequent campaign of sustained and concerted public mobbing and judicial persecution against Mr. Assange in various countries, the cumulative effects of which can only described as psychological torture.”

Despite never charging him with a crime, Sweden’s investigation provided the pseudo-judicial pretext for embroiling Assange in the legal system. Britain’s support for Sweden’s unprecedented request that Assange be extradited merely to “answer questions” forced him to seek political asylum in Ecuador’s London embassy in June 2012.

The Swedish investigation provided the bogus rationale for Britain’s siege of the embassy and its threats that it would arrest Assange if he set foot outside the building.

More broadly, the Swedish allegations served to malign Assange, and to hide the real reasons that he was being persecuted. They were used to enlist an entire layer of upper middle-class feminists, pseudo-leftists and self-styled civil liberties advocates in a campaign to demonise and abandon any defence of Assange. This was under conditions in which the American state apparatus was working to silence WikiLeaks due to its publication of leaked documents exposing US war crimes, mass surveillance operations and global diplomatic intrigues, affecting the lives of hundreds of millions of people.

This campaign of “public mobbing” was essential to creating the political climate in which the Ecuadorian government could violate Assange’s asylum and hand him over to the British police. It fostered the political environment in which the US administration of President Donald Trump could unveil 18 charges against Assange, explicitly over his legal publishing activities.

In section three of the document, Melzer made a point-by-point substantiation of his assessment that the entire Swedish investigation was marked by arbitrariness and a violation of fundamental legal norms. Those points are listed below, along with examples of some the evidence cited by Melzer:

● Disregard for confidentiality and precaution: Within hours of the two female complainants approaching police solely to request that Assange be compelled to take an STI test, Swedish prosecutors had ordered his arrest on suspicion of rape and leaked the news to Expressen, the country’s largest newspaper. Assange’s own statement, on August 30, 2010, was likewise provided to the media, in violation of Swedish law. An investigation into the breaches was apparently dropped.

● Disregard for exculpatory evidence: The Swedish authorities ignored the assessment of the first prosecutor to review the case, who stated, “I do not think there is reason to suspect that he has committed rape” and that the “conduct alleged” by SW, one of the complainants, “disclosed no crime at all.” Text messages from SW to a friend, stating that she had never intended to file a complaint for a criminal offense and that “it was the police who made up the charges,” were similarly disregarded.

● Proactive manipulation of evidence: The day after the initial prosecutor dropped the investigation against Assange, “police officer IK, who had formally questioned SW on 20 August 2010, modified and replaced the content of SW’s original statement in the police database, upon instruction of her superior officer MG and without consulting SW.”

● Disregard for conflicts of interest: This included the fact that the investigating police officer, IK, who interviewed SW and modified her statement, was a friend of AA, the other complainant, and had expressed hostility to Assange on Facebook. Claes Borgström, the lawyer who sought to have the investigation revived after it had been dropped, had operated an attorney’s office with the former minister of justice, who had colluded with illegal US rendition operations inside Sweden.

● Disregard for the requirements of necessity and proportionality: This included the unprecedented decision of prosecutors to issue a European Arrest Warrant and Interpol “red notice” for Assange, merely on the grounds that they wished to question him. Moreover, prosecutors refused, over the course of almost five years, to question Assange via video link or in London, as is done regularly in other cases.

● Disregard for the right to information and adequate defence: Even after they ordered his detention in absentia, prosecutors refused to provide Assange’s lawyers with precise details of the allegations against him.

● Disregard for the Mutual Legal Assistance agreement: Melzer again pointed to the refusal of Swedish prosecutors to interview Assange, noting that this “raises serious doubts as to the good faith motivation of the Swedish prosecution.”

● Complacency or complicity with third-party interference: Melzer cited secret correspondence between the British Crown Prosecution Service (CPS) and the Swedish prosecutors. Most damningly, this revealed that when, in 2013, Swedish prosecutors were considering dropping the investigation into Assange, British officials demanded that it continue. Emails between Swedish prosecutors and the US Federal Bureau of Investigations (FBI) about the case had purportedly been lost, and no-one could remember their contents.

● Refusal to guarantee non-refoulement: Melzer noted that the authority’s refusal to guarantee that they would not dispatch Assange to the US if he was extradited to Sweden was in violation of “widespread international practice,” the “peremptory prohibition of refoulement towards the risk of torture and ill-treatment” and Assange’s “credible fear of extrajudicial onward extradition by Sweden to the United States, particularly given Sweden’s history of arbitrarily handing over persons to CIA custody and subsequent torture.”

Melzer noted that on April 10 he received a letter from the British authorities refusing to discuss the prospect of Assange’s extradition to the US because “it would not be appropriate for officials to speculate on hypothetical scenarios.” The following day, Assange was arrested by the British police, and it was immediately revealed that the US government was seeking his extradition.

The UN official noted that the Swedish authorities had no doubt similarly been apprised of US plans to seek Assange’s extradition over the course of the years that they were pursuing him. Melzer wrote: “Information made available to me concerning the case of Mr. Assange suggest that preliminary exchanges between Sweden and the United States regarding a potential extradition request would already have taken place, thus rendering the envisaged scenario anything but hypothetical.”

● Pervasive procedural procrastination: Melzer noted that “between 2010 and 2019, the preliminary investigation conducted against Mr. Assange in Sweden has been opened by one prosecutor, closed by another, re-opened and then closed again by a third, only to be re-opened by a fourth, without any decisive procedural progress being achieved for almost a decade.” Prosecutors have still not charged Assange. The statute of limitations on one of the women’s complaints has already expired, and the other will expire next year.

In the latter sections of his letter, Melzer pointed to Sweden’s open rejection of international rulings, including by United Nations bodies, that Assange had suffered years of arbitrary detention, and that his legal rights had been violated.

In a damning conclusion, Melzer wrote: “There is compelling evidence that Swedish officials have actively and knowingly contributed to the psychological torture or other cruel, inhuman or degrading treatment or punishment inflicted on Mr. Assange, whether through direct perpetration, or through complicity or participation, any of which is sufficient to trigger Sweden’s international obligation to investigate, prosecute, and provide redress and rehabilitation…” He demanded that those responsible for Assange’s persecution be investigated and brought to justice.

The document, from an internationally-recognised expert on torture and a UN official, constitutes an irrefutable indictment of the illegal character of the US-led pursuit of Assange.

It underscores the fact that in their persecution of the WikiLeaks’ founder, the states involved, including Sweden, have not only trampled upon the legal and democratic rights of Assange but of all citizens, setting a precedent for further frame-ups and state persecution.