On Sunday, the New York Times published a detailed account, based on high-level sources within the US government, of the Trump administration’s decision to murder Iranian Gen. Qassem Suleimani on January 3, 2020.

The Times report makes clear that, far from being a spur-of-the-minute decision by Trump, the murder of Suleimani had broad support within the executive branch and the intelligence agencies, which had planned this crime for the past 18 months. The account implicates former National Security Adviser John Bolton, Secretary of State Mike Pompeo and CIA Director Gina Haspel in advocating and plotting the murder.

The Times report presents a picture of a criminal state, in which the most flagrant violations of the law are treated as routine. It is a testament to the degree to which US foreign policy has been criminalized after nearly two decades of the “war on terror.”

This noramlization of illegality extends to the press. The tone of the Timesreport is that of an adventure story. There is not a hint of a critcial attitude toward the flagrantly criminal character of the actions it describes. The word “legal,” or any variant of it, simply does not appear in the body of the text.

The article makes clear that the Trump administration’s motives for murdering Suleimani had nothing to do with a supposedly “imminent” threat, as claimed by White House officials. Rather, the United States wanted to retaliate against Suleimani for a series of US policy setbacks for which the American state held him responsible.

By the end of 2019, General Suleimani could boast of a number of Iranian accomplishments: [Syrian President] Mr. Assad, a longtime Iranian ally, was safely in power in Damascus, Syria’s capital, prevailing in a bloody, multifront, years long civil war and the Quds Force had a permanent presence on Israel’s frontier. A number of militias General Suleimani had helped foster were receiving salaries from the Iraqi government and exerting power in Iraq’s political system.

The Times continues, “For the past 18 months, officials said, there had been discussions about whether to target General Suleimani.”

By the time tensions with Iran spiked in May with attacks on four oil tankers, John R. Bolton, then the president’s national security adviser, asked the military and intelligence agencies to produce new options to deter Iranian aggression. Among those presented to Mr. Bolton was killing General Suleimani and other leaders of the Revolutionary Guards. At that point, work to track General Suleimani’s travels grew more intense.

By September, the United States Central Command and Joint Special Operations Command were brought into the process to plan a possible operation.

Just days before he was killed, Suleimani met with Hezbollah leader Hassan Nasrallah in Lebanon. Nasrallah warned him, according to the Times, “that the American news media was focusing on him and publishing his photograph.” The newspaper quotes Nasrallah as saying, “This was media and political preparation for his assassination.”

In the days leading up to the strike, CIA Director Gina Haspel advocated for the murder, according to the Times, arguing that “the consequences of not striking General Suleimani were more dangerous than waiting.” Haspel presided over a CIA “black site” torture facility under George W. Bush and was implicated in the destruction of CIA tapes of detainees being subjected to waterboarding. 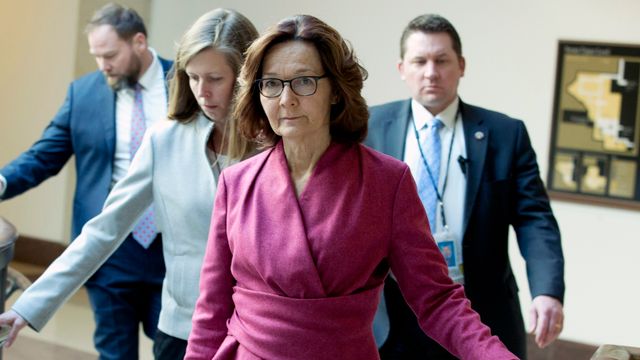 Among the most revealing elements of the report is the following sentence: “He [Trump] told some associates that he wanted to preserve the support of Republican hawks in the Senate in the coming impeachment trial.” In other words, if the Times’ account is true, domestic political calculations played a significant role in this crime.

Assassination violates the US Constitution and US law, as well as international law. The Bill of Rights specifically states, “No person shall … be deprived of life, liberty, or property, without due process of law.”

In 1975, a Senate committee under Frank Church of Idaho exposed CIA assassination plots against a number of foreign leaders, forcing President Gerald Ford to sign Executive Order 11905, which declares, “No employee of the United States Government shall engage in, or conspire to engage in, political assassination.”

Suleimani was a high government official of a sovereign state. As a general he was a peer of American military leaders in the fight against ISIS. He was murdered in a third country, Iraq, while acting in an official capacity to meet with the Iraqi prime minister. This was a war crime and an act of war.

The Obama administration expanded on the Bush administration’s crimes. It carried out more than 500 drone strikes throughout the Middle East and North Africa, with the body count in the thousands or tens of thousands. In a ritual known as “Terror Tuesdays,” Obama would personally pick the individuals to be blown to bits by drone-launched missiles.

Obama took the extraordinary step of assassinating an American citizen, Anwar al-Awlaki, followed by his son, a 16-year-old US citizen, two weeks later. At the time, Obama’s Justice Department asserted the right to kill US citizens, including within the borders of the United States.

With each killing, the stakes have been raised, with state murder playing a greater and greater role in the political life of the United States.

The contemporary form of “targeted killing” was pioneered by Israel. In the words of Israeli journalist Ronen Bergman, “since World War II, Israel has used assassination and targeted killing more than any other country in the West.”

During the second Intifada in the early 2000s, the Israeli government routinely dispatched assassination squads or helicopter gunships to murder Palestinian activists and political figures.

A UN fact-finding commission concluded that the murders were “grave breaches of the Fourth Geneva Convention, Article 147, and of international humanitarian law.” At that time, the US and its European allies distanced themselves from the Israeli murder policy.

While “some Bush administration officials have criticized the assassination squads,” Joe Biden, the “Democrats’ chief foreign-policy spokesman, has unambiguously defended the Israeli use of these extrajudicial assassinations,” noted the Middle East Policy Council.

Now, the practices of Israel—a pariah state from the standpoint of international law—have been adopted by the world’s leading “Western democracies.” Besides the United States, France and Britain both operate their own “kill lists.”

It should be noted that, despite criticisms of the expediency of killing Suleimani by Bernie Sanders, Elizabeth Warren and others, no Republican or Democrat has publicly called the killing a crime or demanded that Trump be impeached or prosecuted for this grave violation of the American Constitution.

No one should believe that the open use of extrajudicial state killing will remain confined to regions outside the borders of the United States. Sooner or later, the United States will claim an “imminent threat” as the pretext to murder one of its own citizens within its borders.

Under the pressure of endless, disastrous wars that have failed to reverse the decline in the global position of US imperialism, compounded by economic instability, soaring social inequality and the growth of the class struggle, the ruling class sees in the turn to open criminality the only means to secure its social and economic interests. What it fears most of all is the growth of mass popular opposition, to which it will respond with violence.

The murder of Qassem Suleimani has shown once again that there is no faction of either the Democratic or Republican parties that defends democratic rights. The defense of the most fundamental rights enumerated in the Constitution, and the defeat of the ruling-class drive for war and dictatorship, require the mass mobilization of the working class in opposition to the capitalist system that the Trump administration personifies.