Philip Giraldi, a former counter-terrorism specialist and military intelligence officer of the CIA, penned a piece in the American Herald Tribune speculating that the U.S. launched several cyber-attacks, one on an Iranian missile defense system, and another on the transponder of the doomed Ukrainian plane.

“The shutdown of the transponder, which would have automatically signaled to the operator and Tor electronics that the plane was civilian, instead automatically indicated that it was hostile. The operator, having been particularly briefed on the possibility of incoming American cruise missiles, then fired,” he said. 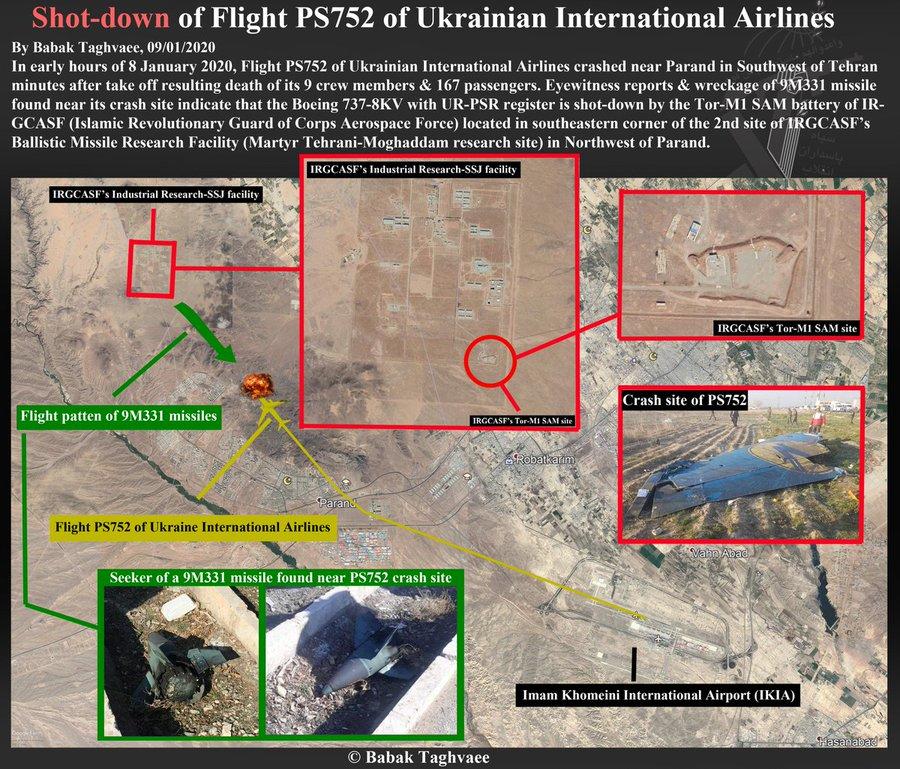 Giraldi said the Tor missile system used by Iran is vulnerable to being hacked or “spoofed,” and at the same moment, Flight 752’s transponder was taken offline “to create an aviation accident that would be attributed to the Iranian government.”

The Pentagon has reportedly developed technologies that can trick enemy radars with false and deceptively moving targets, he said.

“The same technology can, of course, be used to alter or even mask the transponder on a civilian airliner in such a fashion as to send false information about identity and location. The United States has the cyber and electronic warfare capability to both jam and alter signals relating to both airliner transponders and to the Iranian air defenses. Israel presumably has the same ability,” Giraldi said.

Iran made the claim Wednesday that “enemy sabotage” cannot be ruled out in the downing of the plane.

Iranian President Hassan Rouhani also accused the U.S. of being responsible for the downing of the plane, saying that:

“The root of all sorrows goes back to America… this cannot be a reason for us not to look into all the root causes.”

“One cannot believe that a passenger plane is struck near an international airport while flying in a [commercial] flight channel,” after previously saying that IRGC commanders were not the only ones involved in the plane downing, noting that “There were others, too.”

The Iranian parliament also stated that “we are in powerful confrontation with the criminal U.S. and do not allow a mistake… to pave the ground for misusing the issue by the enemies.”

Giraldi concludes by saying electronic warfare by the U.S. to bring down a civilian jet and blame it on Iran “suggests a premeditated and carefully planned event” to create a false flag for the next world war.