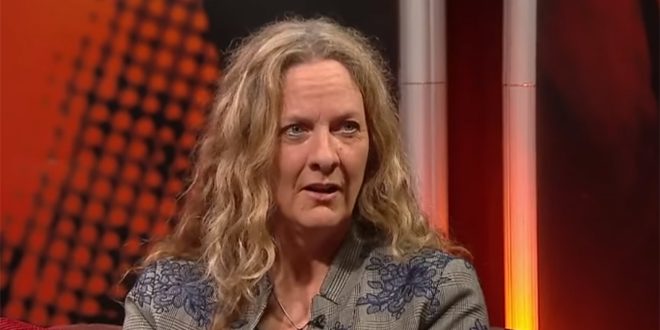 Damascus, SANA-Western admissions are continuing regarding the reality of the war which the Syrian Arab Army has been waging against all forms of terrorism and its backers, on top the Western states and their ally, namely the Turkish regime of Recep Tayyip Erdogan.

In this context, “UK Column” T.V correspondent, British journalist Vanessa Beeley, in a statement she made from Idleb, confirmed that Syria is fighting a war on its soil against terrorists and the Turkish regime forces whose aggression on Syrian lands constitutes a flagrant violation of international law, as this regime invades a sovereign state, which constitutes a decline and collapse, especially with the state of global insecurity.

Beeley added that any logical person who thinks with his mind will know that Turkey should stop supporting, arming, and financing al-Qaeda terrorists in Syria who have caused the displacement of Syrians from their areas.

She indicated that the that the largest percentage of the displaced are people who flee from the areas where the fighting takes place and terrorists haven’t allowed them to leave through the humanitarian corridors established by the Syrian government, as they intentionally bombed these corridors and planted mines in them, which makes them compelled to head north towards Turkey.

Beeley pointed out that the expansion of terrorists and their attacks on the displaced would not have taken place if the regime of Recep Tayyip Erdogan had not received them on its soil and then sent them to Syria and in recent months it had sent weapons, equipment and reinforcements to support al-Qaeda the terrorist organization in Idleb.

“Therefore, Turkey can only blame itself with regard to the refugee issue within it, and of course it uses this issue for its benefit as it receives funding from the European Union and uses this blackmail as a threat against it.”

Beeley affirmed that the Turkish regime is acting according to a full partnership and coordination with the Israeli entity, and this coordination have become clearer over the past few months, mainly after the Syrian Arab Army started its campaign for liberating Idleb as the number of the Israeli acts of aggression against the Syrian territories have increased.

She added that this organization was working together with the terrorists of Jabhat al-Nusra and Nour al-Din al-Zenki gang, and many crimes committed by these organizations against civilians and children in particular have been documented throughout the period of their occupation of Aleppo western countryside.

She noted that “Whoever wanders in the areas of Saraqeb, Ma`aret al-Nu’aman and other villages and cities, notices that the White Helmets headquarters were completely adjacent to the terrorist organizations’ positions, bomb factories, and the centers of chemical weapons industry, where components of chemical weapons were found ready for manufacture and packaging in laboratories, in addition to the shells that could carry these substances”

Beeley affirmed that the “White Helmets wouldn’t have expanded in this clear way in the areas where terrorists spread without common extremist ideology, which is the truth that the Western media refuse to accept,” asking: “If the White Helmets organization were a humanitarian and neutral group, then why it did not remain in the backlines to help civilians return to their homes and settle in them instead of moving to the front lines of Jabhat al-Nusra.”

She pointed out that the British government is still funding the “White Helmets” terrorist organization, and that the Turkish regime provides financial support to it based on its support for the terrorist groups with which the organization works.

Beeley said that “what we saw in Saraqeb and Ma’aret al-Numan shows the rate of the Turkish support for this organization in a manner which is very similar to what we had seen in southern Syria, where a lot of support was provided with Israeli medical equipment, food and supplies in the headquarters of the White Helmets.”

It is noteworthy that the terrorist so-called “White Helmets” organization, which has formed a tool for implementing the conspiratorial scheme against Syria, was established in Turkey in 2013 with British-American funding, and it has obtained extensive Western media coverage, as the manufacturers and supporters of terrorism in Syria attempted to endow them with a false human nature, but evidence, facts, photos, and field facts came to expose this nature and prove that the “White Helmets” organization is a terrorist platform that supports other terrorist organizations.

The British correspondent confirmed that the British and American governments have provided and are still providing various forms of unlimited support to terrorist organizations in Syria and other countries in implementation of their colonial expansionist policies.