Two civilian airplanes bound for Qatar were reportedly used as cover by Israeli jets launching missiles from Lebanese airspace against targets near the Syrian cities of Homs and Quneitra.

Syrian air defenses engaged incoming missiles shortly after midnight local time on Thursday, both near Homs in central Syria and Quneitra in the south, on the armistice line with the Israeli-occupied Golan Heights. Following the attack, reports appeared that at least two flights – one passenger, one cargo – had to change course to avoid getting struck by air defense missiles. 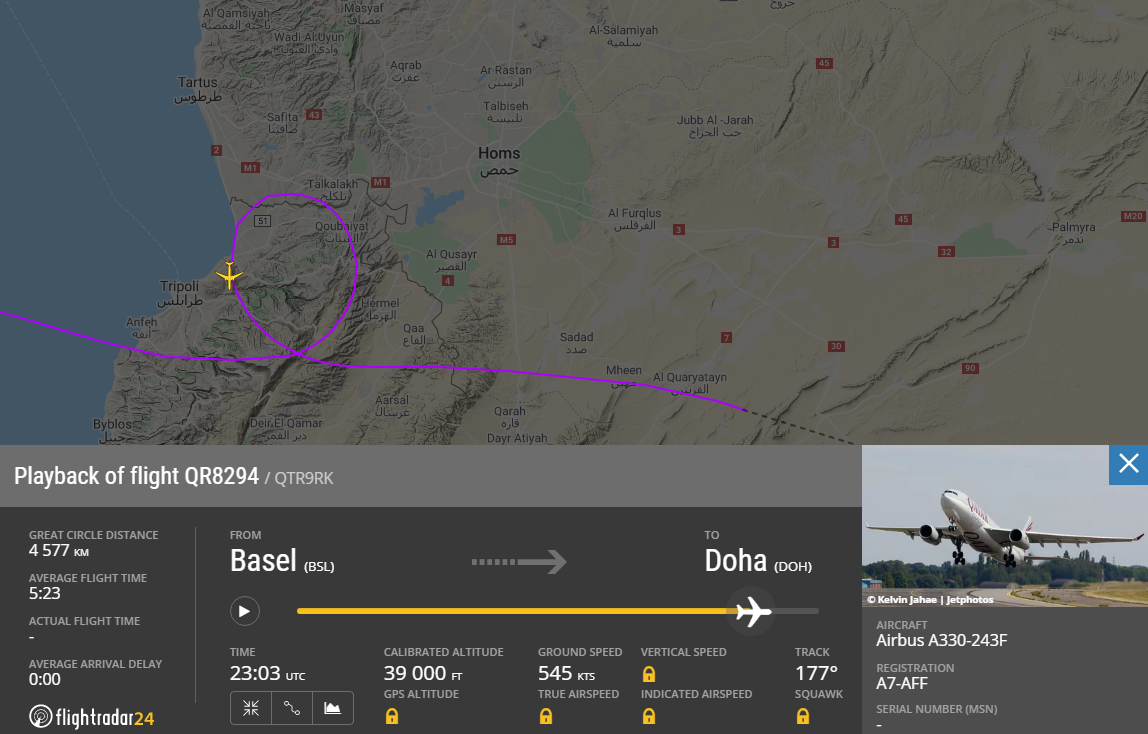 The flights were tentatively identified as a Qatar cargo flight QR8294, bound for Doha from Basel, Switzerland. The other was QR419, a passenger plane that had taken off for Doha from Beirut, Lebanon and made a loop around Tripoli before continuing its course south of Homs. 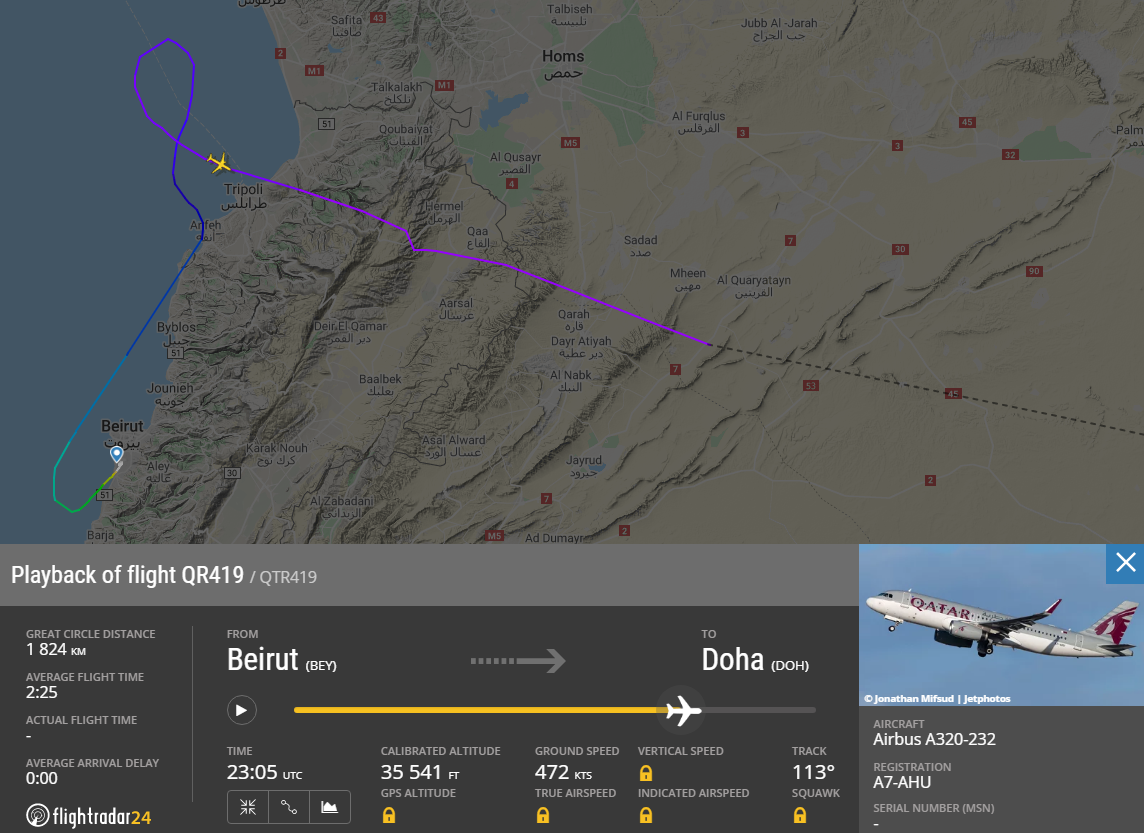 Israel regularly strikes targets within Syria claiming that it is bombing “Iranian” targets. When asked about it last month, PM Benjamin Netanyahu said he knew nothing, wouldn’t comment on military operations one way or another, and laughed it off as possibly being the work of the “Belgian Air Force.”

ALSO ON RT.COMIsraeli airstrikes on Damascus suburbs put at risk civilian flight with 172 passengers on board – Russian MoDThis is not the first time Israeli jets bombing Syria have endangered civilian airplanes. Most recently, an Airbus A320 flying from Tehran to Damascus was forced to make an emergency landing in early February, after a near-miss during an Israeli strike on the Syrian capital.

The Russian Defense Ministry afterwards described it as “commonplace” for Israeli Air Force pilots to use civilian aircraft as a “shield” in their operations.

Russia has had bitter experience with the tactic, notably when a RUAF scouting plane was shot down in September 2018 during an Israeli strike on Latakia, and all 14 people on board were killed. It was later revealed that Syrian air defenses had struck the plane because an Israeli F-16 was using it as a shield. Israeli PM Benjamin Netanyahu later traveled to Moscow to offer an apology.