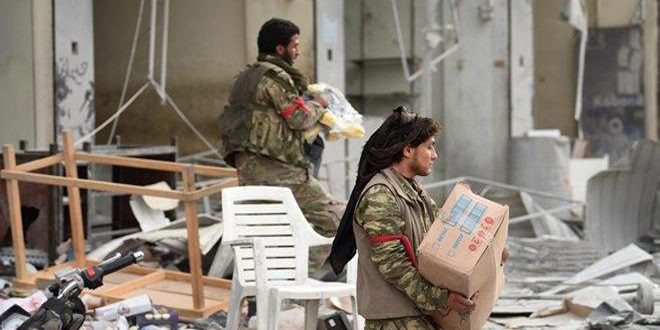 Hasaka, SANA_ Turkey-backed terrorist groups continued to steal and plunder the property of residents in Ras al-Ayn in the northwestern countryside of Hasaka.

Civil sources told SANA reporter in Hasaka that mercenaries of the Turkish occupation affiliated to the so-called “Firqat al-Hamzat” terrorist group looted the properties of Ras al-Ayn inhabitants and transported them to their families who recently arrived in the city.

The sources added that these mercenaries had also taken over several houses in the city.

The same sources confirmed reports about the killing and the injury of a number of mercenaries in the city due to disputes over the stolen materials.