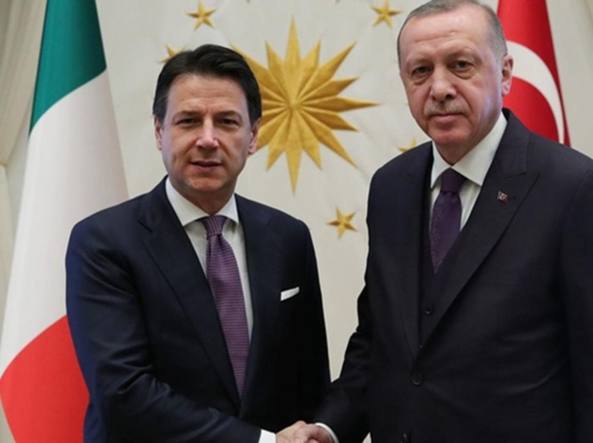 We would never have imagined that healthcare workers and the population would miss the number one protection facility: the mask. For decades, production has only taken place in those countries where the cost of labor is very low, and in fact until January 10 (the date of the last shipment from China) they cost a few cents.

Then there is Turkey, with about thirty companies that mainly produce the most protective ones and which hospitals desperately need today . Well, at least two large Italian groups that supply our hospitals have purchased and paid hundreds of thousands of masks, but the Turkish government, since March 5, has kept them blocked at the customs of Ankara airport.

The story begins at the end of February: Comitec (Klinikom group) receives from the Emilia Romagna Region a request for an urgent supply of Fpp2 and Fpp3 masks, with and without valve. The Comitec product manager introduces himself to Ege Maske, the Turkish company that churns out 1 million pieces every day. Having checked the standard and quality, he immediately buys 200,000, pays 670,000 euros on the nail, and orders another 300,000 a week until April 30, with the option to continue as long as necessary.

Delivered on March 4th, they are still at customs

The delivery of the first batch takes place on March 4 at Ankara airport, but the shipment does not start : during the night the Turkish government has ordered that the export of these devices requires authorisation from the Ministry of Foreign Trade. Our product manager runs to the Ministry, fills in the forms, returns to customs, but the export ok does not arrive.

A few hours earlier a note was added to the decree: “A visa from the Ministry of Health is also required.” We are on March 6, the Comitec engineer goes to the Italian Embassy, ​​which talks with the Turkish deputy minister and asks for immediate release , given the seriousness of the situation in Italy. The answer is a promise: within 2 days the load will be able to leave.

On the evening of March 18, he is still stopped at the Ankara customs. In the same situation, the Sol Group of Monza, which supplies oxygen cylinders and home care to coronavirus patients, and urgently needs to protect the entire chain of operators. Buy and deliver 90,000 ffp2 masks, but blocked in Ankara by Erdogan’s decision.

In the meantime, Turkish companies that have received orders from Italy and other European countries will not cash in, because nobody anticipates millions of euros on nothing . Only Italy has recently blocked orders in various countries, including Turkey, for 27 million pieces, precisely because orders, on which advances have been paid, are then stopped at customs .

Amet Maske (one of the largest in the country) said that if the Turkish government releases shipments, it will give it 300,000 masks; yesterday the general manager of Ege Maske told Eleven News : we are able to supply masks to all European countries. In fact, in Turkey, where there are 98 cases of contagion reported on 80 million inhabitants, as many as 30 companies are able to produce 50 million masks per week, therefore in the conditions to provide for the needs if the epidemic breaks out.

In fact, Erdogan is blocking the entry of euros into his country, in an all-political tug-of-war between Turkey and Europe , while the pandemic runs. “Stopped at customs – said the Comitec product manager – there were also those from other states, today there are those of Italian companies”.

Minister Di Maio has so far not gone to Ankara to open a humanitarian channel , reminding Turkey that their economy has taken off also thanks to the Italian technology that it uses in its factories. Tuesday late in the evening we know that Prime Minister Conte telephoned Erdogan to ask for release . But at the moment nothing has happened.

The Italian company cannot get the money back from Ege Mask because it has been delivered; he cannot bring them to Italy because he needs a government visa. Exports are also blocked by Russia, Kazakhstan, Ukraine, Romania. And when a load leaves, you don’t know if it arrives, because during the journey it is often seized or blocked. It happened to Gvs, another large Italian company, which purchased semi-finished masks in Romania for civil protection, but in this case Hungary thought about blocking them.

We now discover our fragility, when the protection of your operators depends on whether or not to have that piece of non-woven fabric now produced in China, Taiwan, India, Turkey, Korea. Then a pandemic breaks out and you realise that you have never thought about keeping strategic supplies at home . Now we are rushing to build production lines: Gvs is expanding them which, for years, has been producing biohazard Ffp3 masks for a few years, those for biological risks, with a production capacity of 650,000 pieces per month. Their historical German and American suppliers guarantee raw materials for the next 3 months. In the meantime, we hope an Italian production of special fabric has started.

The Defence Industry Agency is making arrangements to equip their manufacturing facility in Torre Annunziata with plants , and to produce devices 7 days a week. They call it “massive production in wartime, and to stock in peacetime”. He will work together with the Military Pharmacological Institute of Florence, which is already making massive production of disinfectant.

The question remains: when did you quickly set up the machines, where do you get the ffp2 raw material? At the moment we import it, from China, Taiwan, Korea, India, Turkey, with all the problems we know. This is a game that can only be won with international collaboration and solidarity, because the virus did not sign Yalta agreements or pacts with the Atlantic Alliance, he trivially looks for just any body to slip into.