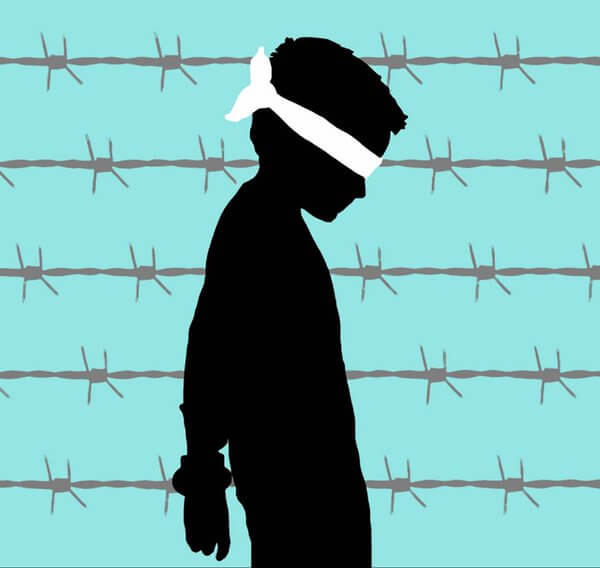 No Way to Treat a Child Campaign logo

Defense for Children International – Palestine (DCIP) is calling on the Israeli government to release all Palestinian child detainees amid the COVID-19 crisis. According to Ha’aretz, Israel has confirmed over 700 cases of COVID-19 and four Palestinian prisoners, being held at Megiddo prison, have been in contact with an Israeli officer who tested positive for the virus.

“Israeli authorities must take immediate action to release all Palestinian child detainees in Israeli prisons and detention centers due to the increasing vulnerability created due to the rapid global spread of the COVID-19 virus and to safeguard their right to life, survival, development, and health in accordance with international law,” reads the group’s press release

Along with the American Friends Service Committee, DCIP has been pressuring the Israeli government to drop its child detention policy for years, through its No Way to Treat a Child campaign. According to DCIP, approximately 10,000 Palestinian children have been detained by Israeli forces since 2000. From the testimonies of 739 Palestinian children detained by Israel over a five-year period, DCIP found that 73% of them experienced physical violence after their arrest.

The No Way to Treat a Child campaign, and similar efforts by Palestine Solidarity activists, led to the introduction of H.R. 2407 by Rep. Betty McCollum (D-MN) in 2019. The legislation is an updated version of a bill that the congresswoman originally unveiled two years prior. It would prohibit foreign countries (including Israel) from using American funds to detain and prosecute children. McCollum’s bill is currently cosponsored by 23 Democratic House members, including Rep. Ilhan Omar (D-MN), Rep. Rashida Tlaib (D-MI), and Rep. Alexandria Ocasio-Cortez (D-NY).

Last month, DCIP senior policy advisor Brad Parker spoke to Mondoweiss about the history of the campaign, the decision to push lawmakers on the issue, and what comes next. “The longterm vision goes beyond these bills for sure,” said Parker, “We are pushing to secure basic rights for Palestinian children. There’s an entire system of discrimination that exists for Palestinians living in the West Bank, including East Jerusalem, and Gaza. We are pushing to end the occupation and the systemic discrimination and structural violence inherent in it. What we’ve recognized is that this kind of work needs political vehicles. You’re not going to get from A to B without actually building and creating a movement of citizens, individuals, but also policymakers to help you get there.”

“We know the best way to prevent the spread of COVID-19 is for people to avoid being in close proximity to each other,” said DCIP Accountability Program director Ayed Abu Eqtaish in a statement, “There is no way Israeli prison authorities can ensure the health and well-being of Palestinian child detainees as long as they continue to be in a custodial detention setting.”