Newly-released statistics show a sharp rise in the building and expansion of illegal Israeli settlements in the occupied West Bank, including East Jerusalem, Quds Press reported on Sunday.

According to a report issued to mark Palestine Land Day today, the Palestinian Central Bureau of Statistics (PCBS) said that the number of Jewish settlements and outposts now stands at 448.

This one on the left is the 1947 partition plan of Palestine.

The one on the right is what is left of Palestine currently because of illegal Israeli settlements. Palestinians fully lost the North part btw and now they only have the red separated parts. 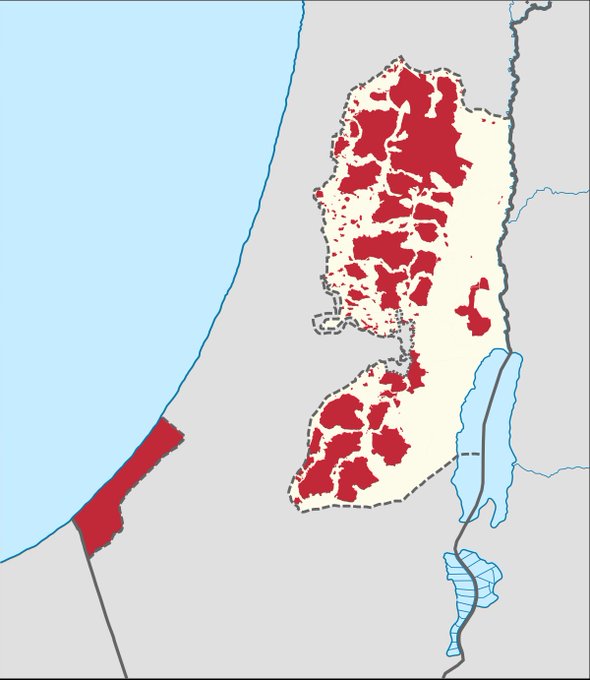 165 people are talking about this

In the report, the PCBS pointed out that the number of Israeli settlers in the occupied West Bank was 671,007 by the end of 2018. Furthermore, last year, the Israeli occupation authorities approved 8,457 new settlement units and 13 new outposts.

In the same period, the Israeli authorities demolished 678 Palestinian facilities, including 251 residential buildings, and issued 556 orders for Palestinians to stop work on building new homes or renovating older premises.