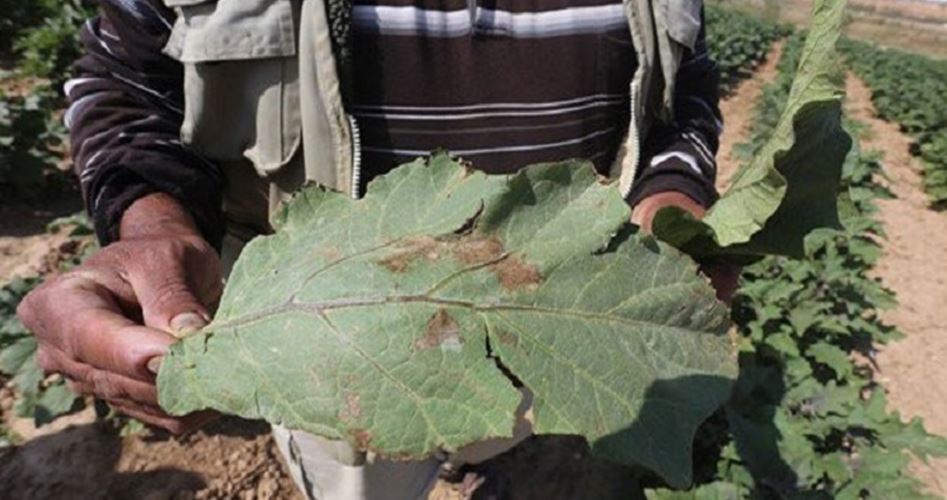 The Israeli occupation authority (IOA) on Sunday sprayed once again toxic herbicides on farmlands near the border fence in the east of Gaza City.

The farmers said that the Israeli measure caused them heavy financial losses and poisoned the agricultural environment in the area.

In this regard, al-Mezan Center for Human Rights accused the Israeli occupation state of exploiting the global coronavirus crisis to destroy crops along the border fence in the east of Gaza, while persisting in imposing its tight siege on the population.

Al-Mezan Center called on the international community to assume its legal and moral responsibilities and intervene to prevent Israel from using toxic herbicides that exterminate crops and endanger the lives of farmers in Gaza.

Every once in a while, the IOA deliberately sprays agricultural areas in eastern Gaza with toxic chemicals and destroy large tracts of cultivated land under different flimsy pretexts.