FILE PHOTO: Syrian rebel fighters stand around a pickup truck with a mounted weapon in northern Aleppo countryside, Syria. ©  Reuters / Khalil Ashawi
A US-backed militant group has intercepted a convoy of ‘defectors’ seeking to lay down their arms and surrender to Damascus. The survivors told the Syrian Army that American instructors trained them for sabotage and terrorism.

After giving themselves up to the Syrian Army, the 27 militants said they had been trained and provided with weapons at an American facility, Rear Admiral Oleg Zhuravlev, the head of the Russian Defense Ministry’s Center for Syrian Reconciliation, said at a briefing on Wednesday.

American instructors trained them to carry out sabotage at oil and transport infrastructure, as well as for terrorist acts in the Syrian government-controlled territories.

The fighters said they chose to surrender themselves earlier this week in order to return to peaceful life, but as they traveled near the southern border area near Al-Tanf – where the US military keeps a garrison – they were attacked by another US-backed militant group, the self-styled “Revolutionary Commando Army,” or Jaish Maghawir al-Thawra. The group has worked under American forces for years to maintain an illegal military presence in southern Syria, at times preventing the Syrian Army and allied militias from advancing on Islamic State positions, even while vowing to fight the infamous terrorist group itself.

ALSO ON RT.COMUS ‘cynically exploits’ Covid-19 to discredit Syrian government & bring UN aid to its armed proxies – Russian & Syrian MoDThe 27 militants were the sole survivors of the assault, losing three vehicles and a number of men before escaping, Zhuravlev said, noting that they are now under the protection of the Syrian military in Palmyra. They handed over dozens of weapons, including Western-made heavy machine guns and grenade launchers.

Video footage was shared online by local media purporting to show the moment the fighters surrendered, in which an eight-vehicle convoy is seen arriving at a Syrian Army post near Palmyra. While details of the surrender agreement were not made public, local pro-government media deemed the move a “major blow to the United States.”

“The surrender of a group of Revolutionary Commando [Maghawir al-Thawrah] terrorists who were directly under US command. This was a major blow to the United States.” – @syriantopersian 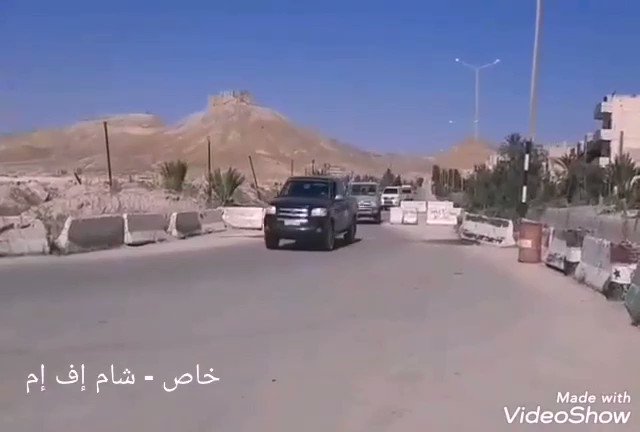 36 people are talking about this

Not long after the Syrian conflict erupted in 2011, the Pentagon and US intelligence agencies began openly supporting an array of armed factions – including radical Islamist militias – handing out billions of dollars in weapons and gear to all takers in the hope of toppling Syrian President Bashar Assad. Though US backing for so-called “moderate rebels” has waned under the presidency of Donald Trump, hundreds of US troops remain deployed in Syria in violation of international law, some of them – such as those in Al-Tanf – are still embedded alongside anti-Assad fighters.