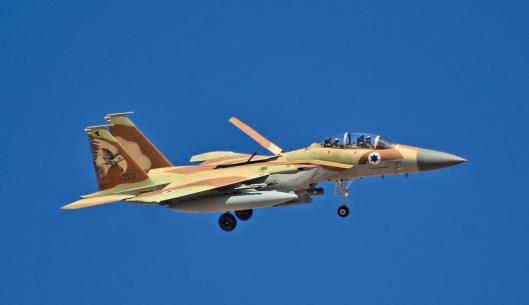 Overnight Syrian media outlets reported that the country’s air defences had repelled airborne threats above the cities of Homs and Palmyra. According to a report by the Israeli outlet, The Jerusalem Post, the air raid targeted the Syrian Arab Air Force’s Tiyas military base, also known as the T-4 Airbase.

An airstrike, purportedly conducted by the Israeli Air Force in Syria near the city of Palmyra, has killed 9 Damascus’ “fighters”, AFP reported. According to the news agency, three of them were Syrians, while the remainder were “foreigners of unknown nationalities”.

The airstrikes took place overnight between 20 and 21 April near the cities of Homs and Palmyra. The Syrian Arab News Agency reported that the air defences engaged “airborne threats” and managed to shoot them down near Palmyra. Earlier, the Israeli outlet, The Jerusalem Post reported that the airstrike had targeted the Syrian Arab Air Force’s Tiyas military base, generally known as the T-4 Air Base.

SANA also branded the attack “Israeli aggression”, but the IDF and Tel Aviv have so far not commented on this claim. Damascus has accused Israel on a multitude of occasions of conducting illegal air raids on the Arab Republic, urging the international community to pressure Tel Aviv on the issue. The latter, however, only claimed responsibility for some of these airstrikes.

Israel justified its airstrikes, claiming it targeted Iranian-backed fighters, who were allegedly scheming to attack Israel from the Arab Republic. While Tehran has indeed sent military advisers to Syria in order to help the latter fight against terrorist groups, the Islamic Republic has denied the claims that it sent military forces there.