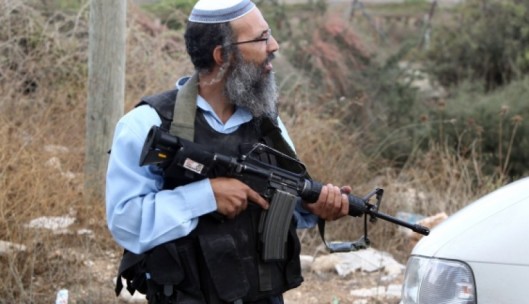 West bank (QNN)- Groups of illegal settlers on Sunday attacked the municipality of Taqu’ near Bethlehem, while settlers chopped off dozens of fruitful olive trees in Nablus.

He added that this is the second attack by settlers within a few days. Israeli settlers pointed their guns at Palestinian young men in the village and threatened to kill them a few days ago.

Ghassan Daghlas, an official in charge of the Israeli settlement file, said that Israeli settlers chopped off 40 olive trees in Ras Ed Deir in the village of Yitma.

Settlers’ violence has sharply increased after announcing Trump’s peace plan, and it increased even further during the coronavirus crisis.