The Israeli army placed today cement blocks on roads in West Bank villages that access a highway that leads to the Jordan Valley, according to the Palestinian news agency WAFA.

Amin Abu Elia, head of al-Mughayyer village council, told WAFA that the Israeli army placed cement blocks at the road that leads from the village to a highway called Allon Road, which leads to the Jordan Valley.

#Netanyahu: #WestBank #Annexation May Happen in ‘Stages’ https://buff.ly/3fs57Ee  via @PalestineChron 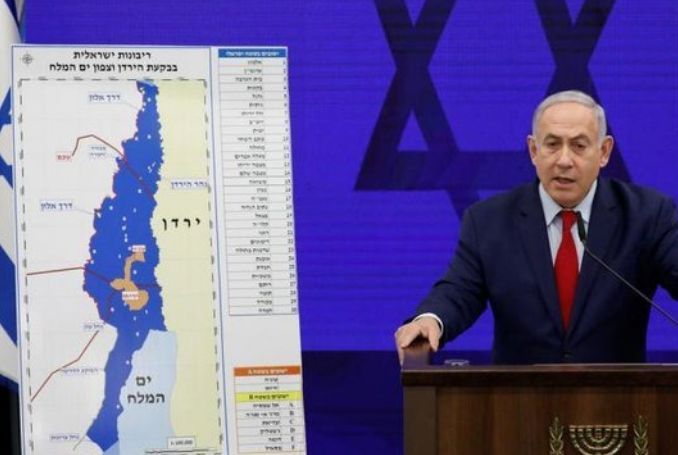 Abu Elia said cement blocks were also placed at a road that leads to the nearby villages of Kufr Malik, east of Ramallah, and Duma, south of the northern West Bank city of Nablus, where a metal gate will be set up on these blocks in order to shut the gate completely thus preventing access from the West Bank to the Jordan Valley.

Abu Elia added the army has started actual steps on the ground to separate the Jordan Valley from its West Bank environs as part of Israel’s plan to annex the Jordan Valley starting July 1, as stated by the Israeli Prime Minister.

Annexation of the Jordan valley, don’t let this pass as just another news headline || informative thread

On May 24, Israeli Prime Minister Benjamin Netanyahu renewed his pledge to annex part of the occupied Palestinian West Bank in July.

Palestinians have expressed outrage, appealing to the international community to block the Israeli step, which, if implemented, would be considered the final nail in the two-state solution’s coffin.

Palestinian Authority President Mahmoud Abbas announced on May 19 that the PA is canceling all agreements with Israel and the US, as a direct response to Israel’s annexation plans.