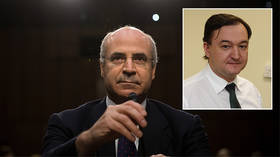 British investor Bill Browder has made a name for himself in the West through blaming Moscow for the death of his auditor, Sergey Magnitsky. Der Spiegel has picked apart his story and uncovers it has major credibility problems.

For years Browder – Russian President Vladimir Putin’s self-proclaimed “enemy number one” and head of the Hermitage Capital Management fund – has been waging what can only be described as his personal anti-Russia campaign.

The passionate Kremlin critic relentlessly lobbied for sanctions against Russian officials everywhere from the US to Europe – all under the premise of seeking justice for his deceased employee, who died in Russia, while in pre-trial detention, where he’d been placed while accused of complicity in a major tax evasion scheme.

10 years ago, Sergei Magnitsky died in detention after exposing a tax fraud scheme by Russian officials. Justice has yet to be served, but his legacy lives on through both the Russia & Global Magnitsky Acts that have sanctioned 156 #humanrights abusers & corrupt actors globally. 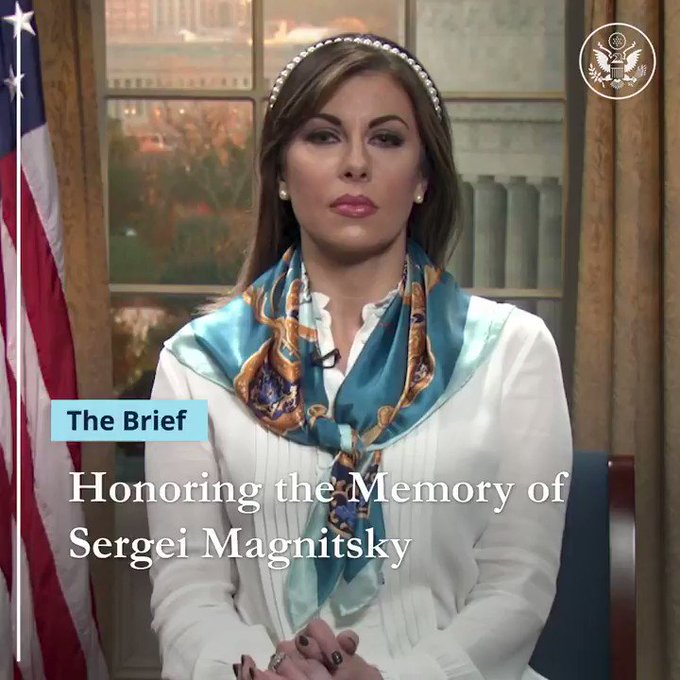 1,615 people are talking about this

Browder, who was himself sentenced in absentia by a Russian court to nine years in prison for tax evasion, and was later found guilty of embezzlement as well, presented Magnitsky as a fearless whistleblower who exposed a grand corruption scheme within the Russian law enforcement system, and who was then mercilessly killed out of revenge.

The investor has succeeded in feeding this narrative to the Western governments and the mainstream media alike, prompting the US to adopt the Magnitsky Act in 2012, which allowed the US to sanction numerous Russian officials and businessmen over alleged human rights violations. Some American allies, including Canada and the UK, later followed suit and passed similar motions, which either allowed the sanctioning of Russian officials or called on their governments to do it.

ALSO ON RT.COMRussian court orders arrest of UK investor Bill Browder over organization of criminal networkYet, the businessman, who has over the years donned the mantle of a human rights campaigner, does not plan to stop at that and is now lobbying for an EU-wide equivalent of the Magnitsky Act, which would allow the banning of Russian officials from the bloc’s countries and the freezing of their accounts.

On the tenth anniversary of the auditor’s death, the German weekly Der Spiegel has decided to take a closer look at Browder’s story about Magnitsky. And the paper found out that the narrative doesn’t quite flow as smoothly as Western politicians and the MSM would like it to.

The whistleblower image Browder has built for Magnitsky starts splitting at the seams from the very beginning, as Browder appears to be dishonest, even in minor details like his claim that Magnitsky was his lawyer, Der Spiegel’s Benjamin Bidder reveals in his investigative bombshell.

The problem is that he was not. The man was an auditor, who was hired by Browder’s company as a tax specialist and then worked in this capacity for years with the US-born British investor. Browder himself had to admit this fact when he was questioned in a US court while seeking to make the US impose sanctions on yet another group of Russian entrepreneurs.

ALSO ON RT.COMTycoon who pushed Magnitsky Act warns EU minister that opposing Russia-bashing is ‘career ruining’Magnitsky’s role as a whistleblower also comes into question as the deceased auditor’s former lawyer confirmed to Der Spiegel’s Bidder that his client had, in fact, been summoned by Russian investigators to provide testimony in a tax evasion case that opened at least months before he came up with his corruption allegations.

Other documents obtained by Der Spiegel, including Magnitsky’s unpublished emails, also suggest that Magnitksy acted not of his own volition but on the instructions of Browder’s senior lawyer, at a time when the Russian authorities had already been investigating dubious letterbox companies Browder supposedly had used in his tax evasion scheme for years.

Finally, the records of Magnitsky’s interrogation, released by Browder’s own people on the internet and seen by Der Spiegel, show that he’d never explicitly accused Russian police officers Artyom Kuznetsov and Pavel Karpov, whom Browder declared to be the masterminds behind the supposed corruption affair, and ultimately behind the auditor’s murder.

ALSO ON RT.COMRussia should make a register of hostile Western politicians, call it ‘Browder List’ – SenatorThis fact was also implicitly confirmed by a UK court, which issued a ruling on a libel lawsuit filed by Karpov against Browder in 2012. Although the court ruled that Karpov simply had no prior reputation to defend in the UK and rejected his claim, it still called Browder a “storyteller,” arguing that he could not even come “close to substantiating his allegations with facts.” The British media, however, presented the verdict as a resounding victory for Browder.

The German weekly also found similar inconsistencies in the story of the auditor’s supposed murder, as told by Browder. In his claims, the businessman constantly refers to a report by the Moscow Public Monitoring Commissions (PMC) – an independent, non-governmental body consisting of rights advocates that conducted its own thorough investigation into Magnitsky’s death.

Browder maintains that Magnitsky was deliberately murdered. Yet, the commission’s report, which is still freely available on its website, contains no claim of this sort. The commission does decry the harsh jail conditions which the auditor was kept in, and accuses the Russian authorities of failing to fulfil its duty to protect his life. However, it says nothing of murder.

It is not just the text of this report that Browder has apparently distorted, though. In August, the European Court of Human Rights (ECHR) issued a ruling on Magnitsky’s case, ordering Russia to pay his widow and mother €34,000 ($38,000) in damages.

Moscow accuses Browder of illegally taking $1.5bn out of Russia & fabricating evidence that led to the passing of the sanctions-imposing Magnitsky Acthttps://on.rt.com/9aic

Russia’s prosecutor general will demand interviews with American congressmen, security services staff, and other high-profile individuals as it seeks to involve the US in its investigation into…

114 people are talking about this

The ECHR never even mentioned the word “murder” in its ruling. Instead it said that Russia basically failed “to protect Mr Magnitsky’s right to life” by providing inadequate medical care and failed “to ensure an effective investigation into the circumstances of his death.”

It even concluded that Magnitsky’s arrest “was not arbitrary, and that it was based on reasonable suspicion of his having committed a criminal offence” – though it did also say there was no “justification” for his lengthy pre-trial detention.

In his investigative report, Der Spiegel’s Benjamin Bidder eventually concludes that, although Magnitsky might have fallen victim to some “gruesome injustice,” his image is still far from that painted by Browder in his efforts to pit Russia and the West against each other.

A question arises whether there has ever been a perfidious political murder plot or the West simply was made to buy into the lie of a fraudster.

The journalist says that Browder’s “justice for Magnitsky” campaign might have, in fact, been part of his own “personal revenge” on Russia, one that uses the auditor’s fate as fuel for an “argumentative perpetual motion” that helps the businessman himself stay afloat in the sea of Western politics.

ALSO ON RT.COMCNN enlists help of fraudster Browder & Integrity Initiative ‘experts’ to fan Russia meddling claims in UKYet, there is another question that needs to be asked: Why did Western politicians and the media support Browder’s narrative so eagerly, without even fact-checking it first? The answer is simple.

According to Bidder, Browder is “so successful because his narrative seems to fit perfectly with the devastating image” that Russia has in the West, making it much more convenient for the media to just toe the line instead of questioning it.